Wholesome in Self, Society, and Spirit (Shabbos 34) 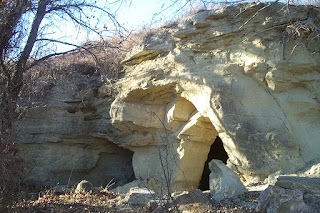 Rabbi Yehuda and Rabbi Yossi and Rabbi Shimon were once gathered, as Judas ben Gairim sat alongside them. Rabbi Yehuda opened and said, “How amazing are the activities of the Romans! They have established marketplaces, built bridges, and set up bathhouses.” Rabbi Yossi was silent.
Rabbi Shimon ben Yocḥai responded, “Everything they established, they only did for their own purposes. They established marketplaces, in order to place ‘zonos,’ service-providers (of the night) in them; bathhouses, in order to pamper themselves; and bridges, in order to collect tolls from all who pass over them.”

Judas ben Gairim went away and told over their statements and the story reached the ears of the government. The authorities issued a ruling: Rabbi Yehuda, who exalted the Roman regime, would be exalted. Rabbi Yossi, who remained silent, would be exiled to the city of Tzippori. And Rabbi Shimon, who derided the regime, would be put to death.

Rabbi Shimon Bar Yochai and his son ran off to hide in the study hall. Every day his wife would bring them bread and a jug of water and they would eat.  But when the decree intensified, he said to his son, “I am concerned that the authorities will torture your mother until she reveals our whereabouts.”  In order to avoid compromising her safety, they left town and hid in a cave. . .

They went and hid in a cave.  A miracle occurred and a carob tree was created for them as well as a spring of water. They would remove their clothes and sit covered in sand up to their necks. They would study Torah all day in that manner. At the time of prayer, they would dress, cover themselves, and pray, and they would again remove their clothes afterward so that they would not become tattered. They sat in the cave for twelve years. Elijah came and stood at the entrance to the cave and said: Who will inform Bar Yocḥai that the emperor died and his decree has been abrogated?

They emerged from the cave, and saw people who were ploughing and sowing. Rabbi Shimon Bar Yocḥai said: These people abandon the eternal life of Torah study and engage in temporal life! Every place they directed their eyes immediately burned. A Divine voice went forth and declared: Did you emerge to destroy My world? Go back to your cave! They returned and dwelled there for twelve months. They then said: Even the judgment of the wicked in Gehenom lasts for a maximum of twelve months!  A Divine voice went forth and declared: Leave your cave!  They emerged. Everywhere that Rabbi Elazar would gaze upon and strike, Rabbi Shimon would heal. Rabbi Shimon said to him: My son, you and I suffice for the entire world (as the two of us are engaged in the proper study of Torah).

As the sun was setting on Shabbat eve, they saw an elderly man holding two bundles of myrtle branches and running at twilight. They said to him: Why do you have these? He said to them: In honour of Shabbat. They said to him: But let one suffice. He answered them: One corresponds to: “Remember the Shabbat day, to keep it holy” and one corresponds to: “Observe the Shabbat day, to keep it holy”. Rabbi Shimon said to his son: See how beloved the mitzvos are to Israel. Their minds were put at ease.

Rabbi Shimon said: Since a miracle transpired for me, I will go and repair something in society, as it is written: “And Yaakov came whole to the city of Shechem”. Rav said: Whole in his body, whole in his money, whole in his Torah.  “And he camped (vayichan) at the face of the city” means that he performed gracious acts (chen) to benefit the city. Rav said: Yaakov established a currency for them. Shmuel said: He established marketplaces for them. And Rabbi Yocḥanan said: He established bathhouses for them. Rabbi Shimon asked: Is there something that needs repair? They said to him: There is an area where there is uncertainty with regard to ritual impurity and the cohanim are troubled by being forced to go around it.

Rabbi Shimon said: Is there a person who knows that there was a presumption of ritual purity here? A certain elder said to him: Here Ben Zakkai cut the priestly tithes of lupines. Thus, Rabbi Shimon, also did so. Everywhere that the ground was hard, he pronounced it ritually pure, and every place that the ground was soft, he marked it indicating that perhaps a corpse was buried there. The elder then said mockingly: Ben Yocḥai purified a cemetery! Rabbi Shimon said to him: Had you not been with us, and even had you been with us and were not counted with us in rendering this ruling, what you say is fine. You could have said that you were unaware of my intention or that you did not agree or participate in this decision. Now that you were with us and were counted with us in rendering this ruling, you will cause people to say that Sages are unwilling to cooperate with one another. They will say: If competing service-providers still braid one another’s hair, all the more so that Torah scholars should be able to cooperate with each other!

Long before Adam Smith proposed the concept of the Invisible Hand of the market or John Maynard Keynes argued for government intervention in the markets, our Sages understood that markets operate on the basis of three key principles:

The theory of market competition dictates that supply and demand will, as a matter of course, reach a state of equilibrium.  Producers will supply as much as consumers demand.  Neoclassical utilitarianism teaches that consumers will aim to maximize the satisfaction of their needs and wants.  Fiscal policy refers to taxation, regulation, and other government interventions to correct market imbalances and provide for the collective good.

Prior to entering the cave, Rabbi Shimon Bar Yochai did not appreciate that these three principles are essential to economic growth and material prosperity.  First, the Romans had established marketplaces to increase business competition.  The word Rabbi Shimon used, ‘zonos’, has multiple meanings.  While the primary meaning is the oldest profession, the root of the word ‘zan’ simply means ‘provide.’  Indeed, in his commentary about the “innkeeper” Rahab, who hid Joshua’s two spies, Rashi prefers the translation relating the word ‘zonah’ to ‘mazon’, meaning food-provider.  Either way, the establishment of the marketplace enabled competition amongst providers of goods and services from across the market spectrum.

Second, the bathhouses served the human desire for physical satisfaction and pleasure.  Beautification of the body is an element of the human drive to maximize the attainment of personal needs and wants.  The fulfilment of personal desire fuels human ambition, and as we know, a rising tide lifts all boats.  Certainly, bathhouses could be seen as places of utter vanity.  But the pursuit of human satisfaction is an essential element of what makes the world go round.  And of course, later, Rabbi Shimon would recognize an even more basic purpose for the bathhouse, a place for health and hygiene, another necessary component of the collective good.  This brings us to the third Roman institution that he derided, the toll-bridges.  While they may indeed have been money-makers for the government, taxation and public spending are likewise essential to the proper functioning of the economy.

When Rabbi Yehuda praised the Romans for their efforts, Rabbi Shimon consigned their activities to selfish motivations.  In fact, what appeared to Rabbi Shimon to be selfishness are really pieces of the puzzle of nature put in place by the Creator to maximize human potential and growth.  Just like the story of the Men of the Great Assembly – who wished to rid the world of immorality and prayed for the removal of carnal desire, only to find that chickens no longer laid eggs – ‘selfish’ human drive and ambition, business ‘greed’, and government fiscal policy are all essential factors that promote economic growth and material prosperity for all.

Only as a result of his period of seclusion was Rabbi Shimon able to understand the workings of the world.  Upon leaving the cave the second time, he commented to his son that a life devoted solely to spiritual growth was not for everyone.  Certainly, we need people dedicated to the ivory tower of Torah.  But such a lifestyle is reserved for select individuals in each generation.  Those who are fortunate to merit a life dedicated solely to Torah, said Rabbi Shimon to his son, must appreciate that such behaviour is unique and not meant for all.

Moreover, as Rabbi Shimon reintegrated into society, he realized that the institutions he had previously denigrated were essential to societal living.  The bathhouse wasn’t merely built for people to beautify themselves; it had a health benefit and provided the means to heal him of his wounded skin.  Public coffers ensured the provision of collective goods, such as cemeteries, without which everyone would bury their dead haphazardly, with dreadful ramifications for the cohanim.  Material goods weren’t merely for vain pursuits; they could be used to brighten up a Shabbos table.   In other words, he recognized that property was not essentially bad or good.  It was up to the individual to decide whether they would sanctify the objects or trivialize them.

And finally, as Rabbi Shimon pointed out to the elder, in every industry – even the lowliest of occupations – business owners rely upon one another for overall success.  The classic ‘You scratch my back, I’ll scratch yours’ is attributed to seventeenth century British sailors.   But the original line was uttered by Rabbi Shimon in the form of ‘You braid my hair, I’ll braid yours.’  While businesses compete with one another, they also know that having a marketplace full of similar stores is good for business. Furthermore, when they pool their resources and band together as industry associations, they are able to secure greater benefits for all.  In fact, the Gemara tells us that in the Great Synagogue of Alexandria, people sat in blocks, organized according to trade and profession.  The ancient synagogue board had the wisdom to appreciate that it was helpful for fellow industry members to network with one another.

In fact, this new weltanschauung led Rabbi Shimon to a whole new reading of Scripture.  Now when he read about our Patriarch Yaakov’s wholesomeness, he didn’t only think about his spiritual completeness.  He recognized the importance of being whole in all areas of his life: spiritual, physical, and material.  From Judaism’s perspective, material prosperity is not a negative condition.  The question was what he did with his wealth.  Sure enough, he discovered that there was a tradition that he used his property to perform gracious acts for the city.  Lo and behold, those acts were precisely the same areas of society that he had criticized the Romans for engaging in!  At that moment, he decided that sitting in the ivory cave was insufficient even for his personal Divine service, and he resolved that he too must find ways to benefit society.