What is the Essence of Sin? (Shabbos 40) 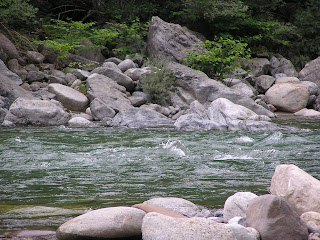 “It was after the death of Moshe, the servant of Hashem, and Hashem said to Yehoshua bin Nun, the attendant of Moshe, saying: Moshe, my servant, has died, and now, get up and pass over this Jordan, you and all this people, to the land that I am giving to them, to the Children of Israel.”

Why did God tell Joshua that Moshe had died?  He already knew!  Why did he instruct him to act now?  Our Sages offer the background story: As Moshe is dying, he says to Joshua, “Ask me any question.”  Joshua replies, “Did I ever leave your side?  You’ve taught me everything!”  On account of his hubris, Heaven immediately causes him to forget 3000 laws.

Joshua turns his eyes heavenward and beseeches God to restore his memory.  God responds by telling him to pass over the Jordan and fight the battles of Hashem.  In that merit, he would recall his lost knowledge and achieve spiritual greatness.

What new idea is Rava seeking to impart with his teaching that one may call a transgressor, a transgressor?  The key to appreciating his message lies in an understanding of the Hebrew word for sin: aveirah.  The root word ‘avar’ means to pass, pass by, pass over, take a pass, or simply: the past.  Rava suggests that an individual who fails to heed the words of the Sages is living in the past.

That’s what happened to Joshua. He felt confident in his way of thinking and doing Judaism that had worked up until now.  Why would he need any further guidance?  Everything up until that moment had worked fine.  Hashem had to remind him that things had changed.  Moshe was dead.  They were about to enter a new era for the Children of Israel.  He had been living in the past.  But the time to pass into the present was ‘now’.

In the Shema, we read, “These words that I command you today shall be upon your heart.”  Rashi comments that one must approach Torah and mitzvos as if we received them today.  Rabbi Yonasan Eybeschutz explains that many people insist on doing things a certain way because that’s the way their parents did it.  Like the classic one about the woman who would always carefully slice her chicken in half, because that was her grandmother’s minhag.  Only to find out one day that grandma never had a pot large enough to cook the chicken all at once.

When we live in the spiritual past, our Judaism becomes stale.  Everything else in our lives has improved, progressed, become more attuned to the world around us.  Our Judaism needs to grow and respond to the needs of the hour.  Sometimes that means a widening of the scope of our practice, other times it entails a narrowing of the scope.

Each generation is blessed with rabbinic leadership able to tune in to the needs of their people. Often that takes fine-tuned oscillation, to strike the right balance.  That’s what happened in our Gemara.  The rabbis sought to limit transgression of Shabbat by enacting certain injunctions.  Ultimately, they realized that their expectations did not match the performance of the masses and they adjusted their decrees accordingly.  An untrained eye might scoff at such “vascillation”.  But that’s how it works in many fields of experimentation, from the science laboratory to the chef’s kitchen.  You move things a little in each direction until you get the right result.

Let’s take women’s roles as a contemporary example.  Think about the place of women in an Orthodox shul a generation or two ago versus today.  On the one hand, there were no women presidents or chairs, and the rebbetzen worked behind the scenes.  On the other hand, many shuls had mixed choirs and dinner-dances. An analysis and elucidation of the reasons for these adjustments is beyond the objectives of this piece.  What’s important is that we recognize that fluidity in Judaism doesn’t always move in one direction.

The same root ayin-beis-reish is also used for the Hebrew word for fetus ‘ubar’.  A fetus is not quite there yet as a human being.  It’s a person in training.  That’s the way we must view people who are still ‘passing by’ their Judaism.  It’s a process.  Birth only happens after a sustained period of nurture in the mother’s womb.  If an individual does not yet appreciate the wisdom of our Sages, says Rava, then you have a duty to nurture that person even more, until he develops the right appreciation.

What is the right appreciation?  That Torah and mitzvos are not something that we simply pass by or pass over.  We engage with our Divine mission.  We utilize every opportunity to connect with Heaven.  We’re not looking for a mere ‘passing’ grade on our Judaism; we want a grade of high distinction!  That appreciation of the centrality of the Divine mission in our lives, the wealth of mitzvos and rabbinic injunctions as opportunities for Divine engagement, and the sagacity of our rabbinic leadership, takes time to develop.  It may come naturally to you, but for others it requires nurturing to arrive at the understanding.

That’s why a sinner is called avar’yana.  The trouble is not just that they live in the past.  A transgressor or sinner is a person who allows their special relationship with God to pass them by.  The essence of sin is the act of letting the Divine pass you by and missing out on all the spiritual opportunities you’ve been blessed with.

Don’t let your Judaism pass you by.  There’s so much awaiting you on the other side of the proverbial Jordan.  The Promised Land has more to offer than you can imagine.  May you heed the advice of the Sages and may your Divine relationship thrive on an abundance of spiritual opportunities!
Posted by Rabbi Daniel Friedman at 5:21 AM