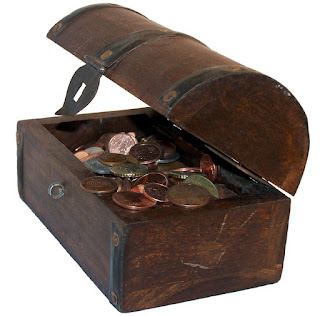 A number of years ago, I built up a neat little collection of Jewish and Israeli vinyl records.  Popular in the 1970s, their decline began with the invention of cassette tapes, and then they practically disappeared with the advent of CDs.  The truth is, I was more interested in the LP cases than the records themselves and I adorned one my walls with the Jewish classics.  It was an inexpensive hobby.  From time to time, I would poke around on EBay and find sellers trying to declutter their homes.  I would look for LP ‘lots’, and pay pennies per record.

Then something strange happened.  CDs fell into disuse when digital music became a reality.  And then, all of a sudden, there was a vinyl revival.  What began with retro-minded seekers looking around second-hand music stores to get their physical hands on the classics evolved into a full-blown resurrection of LP popularity.  Music companies began issuing new albums on vinyl and electronics companies starting producing record-players.  Before I knew it, I was sitting on a goldmine.  Eager collectors were willing to pay top dollar for cantorial classics!

The simple meaning of the Gemara’s teaching concerns the matter of ritual purity.  Only a garment of a valuable size and material is susceptible to ritual impurity.  Anything that would have no value to anyone is considered refuse and therefore not subject to the ritual purity laws.  But how do we define valuable?  Those who are blessed with material wealth might readily discard old clothing, considering them fit for the bin.  In contrast, even if such pieces of clothing are too worn out to wear, poor people might value the remnants of a garment, as they could still be used as rags for cleaning.  Thus, the Gemara deems the defile-ability of a garment subjectively.

Of course, this Gemara is the origins of the classic adage, ‘One man’s trash is another man’s treasure.’  Items that you might feel have no value may be supremely valuable to another individual, whether for reasons of differing financial means, or differing appreciations of beauty, or even different circumstances in their life.

Sadly, many of us don’t appreciate the treasures we have been blessed with until they’re no longer available to us.  We’re too busy looking to see what other people have, without realizing how many people are enviously admiring the treasures we have!  Those treasures may be material or they may be intangibles, such as love and relationships.

I have had the good fortune to be involved in a couple of remarriages in my life.  I’m talking about a couple that has divorced and then later choose to remarry one another.  It’s the most beautiful occasion imaginable.  One groom commented to me, ‘I handed her the gett, and then I woke up the next morning and thought about how foolish I had been.  I had just bid farewell to the woman of my dreams.  Why didn’t I treat her like the queen that she was when I had the chance?  It wouldn’t be long before the prince charming she deserved would enter her life and swoop her off her feet.  I resolved then and there that I would do whatever I could to win her love back.  Today, I have finally been forgiven for the greatest mistake of my life: letting go of the most incredible treasure of all.’

Maybe your treasures are the people in your life.  Maybe they’re the opportunities you’ve been blessed with.  Maybe it’s your upbringing or close family.  It’s tempting to look at the next person and wonder why they’re so prosperous.  But if you only knew that the same person you’re thinking about is looking at your life right now and asking why they don’t have the blessings you have, your attitude would be very different.

There’s an old tale about Yankel who lived in Pinsk.  Each night he has a dream about a treasure chest buried under a bridge in Minsk.   Eventually, he’s able to save up enough to make the trek half way across the country to look for his pot of gold.  He arrives in Minsk and manages to find the bridge he’s envisioned every night.  But during the day the place is bustling with activity and you can’t just start digging a hole in public property.  So he waits until the middle of the night, takes his shovel, and begins to dig.

Suddenly, he hears shouting and he realizes he’s been caught red-handed.  The policemen take him down to the station and the town sheriff demands an explanation.  Sheepishly, he tells him of his dream.  “Foolish man,” he responds, “I also have a recurring dream.  Each night I have a vision of a treasure chest hidden under the floorboards of some Jew in Pinsk, called Yankel.”  He lets him go free.  And Yankel races home.  Sure enough, the treasure was under his floor all along.

You have unbelievable treasures in your life.  May you forever appreciate your treasures and treasure them forever!