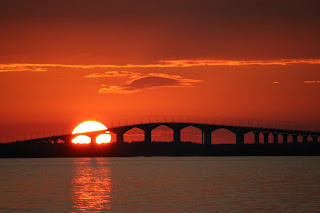 Yosef was very handsome.  So good looking, in fact, that the young ladies of Egypt would climb over fences to catch a glimpse of him as he wandered down the street.  For his part, Yosef wasn’t oblivious to all the attention, and took care of himself.  He would curl his hair and his multi-coloured cloak was just part of his designer wardrobe.

But if he was so vain, why do our Sages refer to him as Yosef HaTzadik (the Righteous one)?  Surely, he had more important, spiritual pursuits to spend his time on!  Was Yosef indeed as righteous as they say he was?

The Tzemach Tzedakah teaches that Yosef was not just beautifying himself for vanity.  He was striving to fulfil the dictum of the Gemara that one must maintain a clean and pleasant appearance in order to honour God.

The Ben Yehoyada tells the story of Hillel who once took leave of his disciples and told them he was off to do a mitzvah.
‘Which mitzvah is that?’ they inquired.
‘I’m going to take a shower,’ he replied.
‘Since when is that a mitzvah?’ they asked him incredulously.
‘Think about it like this,’ he explained, ‘When kings put their idols (tzelem) on show, they don’t display them dusty and dirty.  They clean them and polish them to make them shine.  Now, regarding human beings, the Torah states, “In the image (tzelem) of God, He created humankind.”  If I am a tzelem of the Supreme King of Kings, would He not want me to shine?’

In Judaism, physical beauty is not something we shun or hide.  Our Sages tell us that the matriarchs were the most beautiful women in the world.  King Saul was chosen not only for his leadership ability, but also for his physical appearance.  While the Mishnah Berurah (225:32) states that the contemporary custom is no longer to make the bracha upon seeing a beautiful person, he still recommends reciting it without Hashem’s name.  And he notes that the bracha should be made upon seeing a beautiful male or female, of any religious background.  (It should be noted that one must be careful not to gaze excessively, as it may lead to improper thoughts).

In many ways, this Gemara is the antidote to the attitude of some people during the current corona-crisis.  ‘Why bother getting dressed?’ they ask, ‘I’m stuck here at home with nowhere to go anyway.  No point showering or brushing my teeth quite as regularly as I ordinarily would.  It’s just not worth the bother.  Nobody’s going to see me today.  Or tomorrow.  Or for the next three months.’

But getting dressed up and looking nice is not about you, or your friends, or your colleagues.  That’s not why you need to take care of yourself and look your best.  It’s about polishing that tzelem.  God’s image is on show.  And you have a responsibility to Him to make sure it’s shining as bright as ever.

For the same reason, upon encountering a beautiful person, there’s nothing inappropriate about feeling admiration for having witnessed one of the finest products of the Creator’s handiwork.  If you’re awestruck by their beauty, you have two choices as to how to proceed.  Either you could let your improper thoughts run wild.  Or you could turn your eyes heavenward and bless the Creator for fashioning this inspiring work of art.

When you adopt such a perspective on life, everything you see around you in the world has the potential to strengthen your spiritual bond.  Every sunrise, every sunset, every starry sky, every breath of mountain air, of ocean breeze, becomes a moment to thank Hashem for creating such a beautiful world.

When you maintain such an attitude, you want to become part of the miracle.  You want to be the cause of other people’s spiritual awakening.   If they see you as an embodiment of heavenly values, and at the same time, radiating beauty, they will be inspired to praise the Creator.  Moreover, people are attracted to beauty.  If you want to inspire others in their spiritual quest, you need to look your very best so that they will want to spend time with you.

Sadly, we live in a generation when ‘beauty’ has become a contemptible idea.  Social norms associate beauty with decadence.  Judaism teaches that the beauty of this world is an expression of the Divine.  Any attempt to degrade or commodify the concept of beauty is an affront to the Creator.

That’s why Yosef made sure to look his best every day.  He was Yosef HaTzadik.  An essential element of his righteousness was his desire to implant within others an appreciation for the work of the Creator.  And in addition, he wanted them to want to spend time with him so that he could teach them and elevate them.

Beauty may be physical.  But God created this physical world.  And He is proud of the beautiful world He created.  May you learn to appreciate the beauty in every one of His creations!
Posted by Rabbi Daniel Friedman at 9:00 AM