God is about to give you Double! (Shabbos 44) 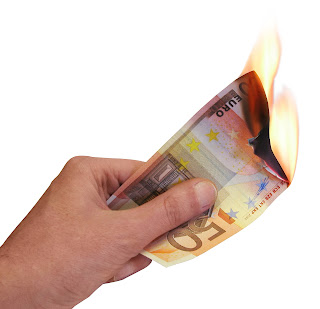 Iyov (Job) was a good man.  He was a righteous man.  He was a spiritual man.  And God had provided him with a good life.  A beautiful wife.  A lovely family.  A good bill of health.  Sufficient livelihood.  What more could he ask for?

One day, Satan approached God and said, ‘So, your Iyov is faithful.  Well, of course he is.  Why shouldn’t he be?  You’ve blessed him with everything he needs.  What if You were to test his faith and remove Your bounty?  Would he still maintain his faith?’

Hashem listened to Satan and agreed to allow him the opportunity to test Iyov.  Satan swooped down and brought calamity to Iyov’s life.  His family perished.  His finances collapsed.  He took ill.  And, for the first time in his life, Iyov found himself struggling with his faith.  Was there really a God?  Was he really in control?

The happy ending to the story is that Iyov retained his faith in Heaven despite all the tragedy and suffering in his life. And God blessed him.  He didn’t just replace what Satan had taken from him.  He replenished him with double.  Double the wealth.  Double the blessing.  Double the material and spiritual pleasure.

“Hashem blessed the latter years of Job’s life more than the former. He had fourteen thousand sheep, six thousand camels, one thousand yoke of oxen, and one thousand donkeys. He also had seven sons and three daughters.  Nowhere in the land were women as beautiful as Job’s daughters to be found. Their father gave them estates together with their brothers. Afterward, Job lived one hundred and forty years to see four generations of sons and grandsons. Thus, Job died old and contented.”

One may not rescue a corpse from a fire on Shabbat. Rabbi Yehuda ben Lakish said: I heard that one may rescue a corpse from a fire. This is the rationale for the opinion of Rabbi Yehuda ben Lakish: Since a person is agitated about his deceased relative and is concerned about maintaining the dignity of the dead, if they would not permit him to move the corpse, he would come to extinguish the fire.

In order to avoid engagement in prohibited activities on Shabbos, the Rabbis instituted that certain items may not be moved.  These injunctions are called ‘muktzeh’.  For example, one may not pick up a pen on Shabbos.  That way, there’s no concern that you’ll ever come to write on the holy day.  If you can’t touch it, it’s impossible to transgress.

Generally, if a loved one passes on Shabbos, it is forbidden to move their body, because there’s nothing you can actually do with it.  You can’t bury them.  Therefore, our Sages included the deceased in the prohibition of muktzeh.  Similarly, one may not handle money on Shabbos.  If you can’t pick up your wallet, it becomes impossible to engage in business transactions (which generally necessitate writing).

Are there any exceptions to the rules of muktzeh?  Certainly.  Let’s say, you poured yourself a cup of coffee and added milk.  You look around for something to stir your coffee with.  The only potential instrument is a pen.  As unusual as it may sound, you would be allowed to pick up the pen to stir your coffee, because you clearly have no intention to use it to write.

In the case of the deceased loved one, Rabbi Yehuda ben Lakish teaches that one may save the body from a burning house.  The whole purpose of muktzeh is in order to avoid transgressing a biblical prohibition.  In this instance, Rabbi Yehuda is concerned that, if it were forbidden to remove the body, the relative might be tempted to put out the fire to save their loved one.  Thus, the muktzeh decree would be counterproductive.  Instead of averting a biblical transgression, the rabbinic injunction would lead to a biblical transgression!  Therefore, our Sages permitted the removal of the body from the fire.

How about if you had a significant sum of money under the proverbial mattress?  Curiously, our Sages did not reach the same conclusion as their ruling regarding the dead body.  The Gemara rules (117b) that one may not save one’s cash from the fire.  You must simply walk away and watch your hard-earned money go up in smoke.

What’s the difference between these two cases?  Presumably, our Sages deemed that the money is replaceable, while the body of your loved one is irreplaceable.  But there’s so much more to the act of walking away as the fire devours your earnings.  It’s the ultimate act of faith in our Father in Heaven.  If He provided, He will provide once more.  If He can destroy, then He can certainly replenish.

Throughout our lives, we must always remember that the definition of money is that it is fungible.  Fungibility means that it can be exchanged and replaced.  There’s no sentimental attachment to a dollar bill.  One bill is just as valuable as the next.  In faith terms, that translates to the trust in Heaven that if Hashem has taken your money away from you, He can just as easily return it.  To paraphrase the classic adage, ‘easy go, easy come.’  What difference does it make that these dollar bills are being consumed by the flames?  If Hashem can replenish your bank account with other equally valuable assets, then it really doesn’t matter that He’s taken this cash away.  The scene before your eyes is nothing more than a test of faith.

We are living in terrifying times, not only from the perspective of ‘who shall live and who shall die?’ but additionally in economic terms.  Businesses are collapsing.  Millions are out of work.  And nobody knows what the future will bring.  The faithful individual, however, turns their eyes Heavenward and acknowledges the fungibility of money.  If Hashem can remove your wealth in an instant, He can replace it in an instant.  And He will replace it in an instant.

Not only will He replace it, but He will repay the faithful just like he compensated Iyov for his losses.  With double and more.  May you place your trust in Heaven’s hands and may our Father in Heaven shower you with greater blessings than you’ve ever dreamed of!
Posted by Rabbi Daniel Friedman at 3:35 PM