Why Get a Job when you can Be a Schnorrer? (Shabbos 53) 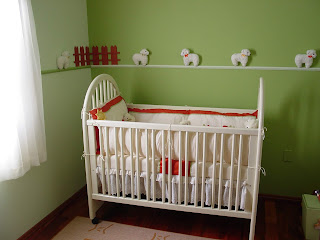 A woman once died in childbirth, but the baby survived.  The father, however, did not have sufficient funds to hire a wet-nurse.  But a miracle occurred and he was able to nurse the child himself!

Why did God need to alter the laws of nature?  Why didn’t He simply provide the father with the financial means to hire a woman to nurse his baby?

The Vilna Gaon explains the difference between altering the man’s anatomy and biology versus providing the funding to hire a wet-nurse.  The former ensured the baby would be fed.  The latter would have left the spending decisions up to the father and would not have guaranteed that the baby would receive sufficient sustenance.

That’s the meaning of Abaye’s sharp criticism of the fellow.  If he had been a good person, Heaven would have simply provided him with the extra cash he needed.  Clearly, he couldn’t be trusted to use the funds for their intended purpose.  And so the sole solution to the child’s feeding problem was to change the laws of nature.

Rav Yehuda responds to Abaye’s criticism and points out that it’s not that easy to make a living.  Our Sages have declared (Sotah 2a) that “the provision of a livelihood is as complicated (for God) as the splitting of the Red Sea.”  Now, for God, nothing is difficult.  The point is that from our perspective, the parting of the Red Sea was a supernatural event.  Likewise, we should never take our sustenance for granted.  A steady income is a blessing from Heaven.

Proof of the appreciation we must have for our parnassah (livelihood) is that, in this case, it was ‘easier’ for God to alter the laws of nature than to find this fellow a better-paying job. Why that was the case, the Gemara does not say.  Perhaps the man was physically or otherwise impaired.  Perhaps he was overwhelmed by his new role as father and sole-provider.  Who knows how many other children they had at home?  Altering the man’s biology was the quickest solution to the problem.

Actually, Rav Nachman responds, the quickest solution would have been for food to magically appear in the house.  But that never happens.  Every miracle requires a conduit to draw down Heaven’s bounty.  Even when the Prophet Elisha provided an abundance of oil for the poor widow, she still needed to gather pots and pans to become vessels for the blessing.  Even winning the lottery requires the purchase of a lottery ticket!

Most of the time, of course, the vessel for God’s blessing is one’s occupation.  Yes, God will provide.  But unless you find gainful employment, there will be no conduit through which He can provide Heaven’s bounty.  And if this individual had no earning capacity, all the potential heavenly bounty is worthless.  One needs a vessel to capture the blessing.

Have you ever received a knock at the door from a schnorrer (beggar) and been tempted to tell them to get a job?  Who do they think they are, sponging off the hard work of others?  Isn’t it time they got up and engaged in a hard day’s work, like the rest of us?

Now, take a step back, and think about a day in the life of a schnorrer.  They get up early to do the shul rounds.  Some shuls allow them to collect throughout the service.  Others make them sit there and wait until the conclusion of the service.  They manage to get a couple of quid before running off to try their hand at another shul.  After shul, they start to pound the pavement.  Most people look through the keyhole and don’t open the door for them.  Of those that do, many slam the door in their face.  And others give them a few dollars, dismissively.

If you think that’s an easy way to make a living, try it one day.  The effort one must make to earn a living as a schnorrer is quite something.  You don’t go into the schnorring business because you’re lazy.  Presumably, the only reason schnorrers engage in their line of work is that they could not find a job in a more honourable occupation. Some may by physically or psychologically impaired.  Others may have spotty records or backgrounds that are impeding their employability.  And yet others are struggling to the extent that they have no fixed address.  How do you apply for a job without an address?

It’s not easy for anyone to earn a living.  Every human being must be treated with the utmost dignity and honour.  Next time you get a knock on the door, may you take a moment to ask yourself what motivates a person to spend their days and weeks knocking on doors, and thank Hashem who has provided you with alternate means to earning a livelihood!
Posted by Rabbi Daniel Friedman at 8:36 AM No comments:

Why are there so many Jewish radicals? (Shabbos 52)