Never Give Up on the Relationship! (Shabbos 8) 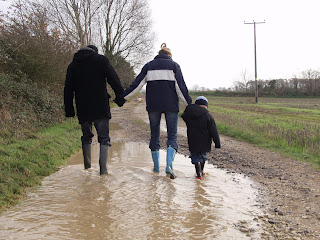 Elisha ben Avuya was one of our greatest Talmudic sages.  But, alas, he eventually became a heretic. Born into a prestigious Jerusalem family, he was an extraordinary scholar who delved deep into the secrets of Kabbalah. Ultimately, however, Elisha rejected his Torah upbringing and chose a life of waywardness.  What was the cause of his downfall?  Once, he saw a pig dragging along Rabbi Yehuda’s tongue in its mouth. He became so disturbed at the sight that he exclaimed, “From this tongue, pearls of purest light would come forth all his days. Is this Torah, and is this its reward?”

Another time, he watched as a fellow asked his son to climb a tree, send away the mother bird and take the eggs. On the way down, a snake bit him and the young man died. Elisha thought to himself, “The Torah promises that one who sends away the mother bird will live long. The Torah promises that one who respects his parents will live long.  And yet the man who acted in accordance with both of these commandments had his life cut short.”  Thus, he stopped believing in Torah.

Elisha ben Avuya was once seen riding a horse in front of the Holy Temple on Yom Kippur. As he was passing, he heard a heavenly voice emerge from the Holy of Holies and declare, “Return My children, except for Elisha ben Avuya, for he knew My power and yet rebelled against Me.”  Upon hearing the voice, he concluded that there was no hope for his lost soul.

When two people are in a relationship, whether they are spouses, siblings, colleagues, or neighbours, disagreements are inevitable.  Our Sages tell us that just like no too people have the same face, no two people have the same viewpoints.  Sometimes these disagreements can heat up.  For those situations, you need to have coping mechanisms to cool down.  You could go to the gym.  You could meditate.  You could pray.  You could take a bath.  You might even need to sleep on it.  Everyone has their own personal way to cool down.  Once you’re cool and level-headed, you can then approach the conflict in a reasonable manner and be able to reach a resolution.

But sometimes, conflicts get out of hand.  We let things get so sour that we reach a point of apparent no return.  You’ve headed so far down the path of conflict that you have stopped getting angry.  Your interactions have turned cold.  In place of aggression you display passive aggression.  And in the ‘winter’ season, the cold period, there is no cooling down mechanism, no getting into the ‘pool,’ because you’re already cold.  At that point, it’s really challenging to get things back on track.

But that’s still tame, compared to the next stage, when the relationship is at danger level.  In the words of the Gemara, it can reach a point when you feel so muddy already that a little more mud won’t make a difference.  And so you treat the other person with disdain and feel no guilt over your actions.  You’re so far down a certain path that even though you know what you’re doing is wrong, you excuse your behaviour.  What’s a little more mud on your clothing?  It makes no difference at this stage.

The same goes for our relationship with Heaven.  If you’re angry at Hashem for something that’s happened in your life, you need to find ways to cool down.  You could recite Tehillim.  You could learn Torah.  You could seek spiritual guidance.  All of these responses are coping mechanisms and it’s important to find something that works for you.  Just like with our human relationships, if you let your anger fester, it will only get worse.

And when things go down the wrong spiritual path, they likewise tend to get worse by getting colder, not warmer.  The more we harbour ill-will towards Hashem, the less inclined we’ll be to continue the conversation with Him.  We’ll do what we have to, but really can’t be bothered to put any heart into it.  And then the colder we are towards our Father in Heaven, the more our spiritual service feels like we’re acting by rote.  That’s passive aggression.

Not long after that, sadly, is the stage when the mud starts to gather.  You act contrary to His will once.  And twice.  And before you know it, you perceive that there’s so much mud that it doesn’t really make a difference anymore.  You’re probably too far gone by now . . .

It’s time to break free of the negative path dependency.  The choice to alter the course that you are on is yours!  You can mend those relationships with your fellow human beings and with the Almighty.  It means shaking off the mud.  It means engaging meaningfully.  Not aggressively.  Not passively.  But assertively.  It takes effort, but every challenging situation can be turned around if you’re willing to try.

When Elisha ben Avuya heard the voice, he convinced himself that there was no point even thinking about turning his life around.  At that point, he gave up.  But that was a choice.  He became known for all eternity by the nickname ‘Acher’ – the person who turned his back on God.  Because there’s no prize for giving up.  That’s what most people end up doing.  Unwilling to do what it takes, they just call it a day.

In life, the vast majority of people are quitters.  The successful individuals are the people who were willing to turn things around in the depths of despair, when anyone else would have just given up.  You are not a quitter.  You are a person of success.  May you always be prepared to shake off the mud and reignite the passion in your physical and spiritual relationships!
Posted by Rabbi Daniel Friedman at 6:45 AM