Everything God does is for the Best (Brachos 61) 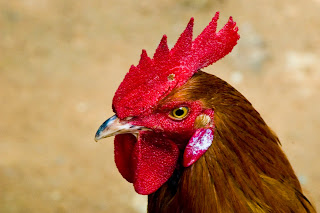 How is it possible to bless Hashem for bad things that happen to us?  It’s far from easy to attain such a lofty level, because nobody wants bad things to happen.  Rabbi Akiva’s perspective on life is the ideal way to reach that special place of faith.  Rabbi Akiva never had to bless God for the bad, because He was certain that “everything God does is for the best.”

But when terrible things appear to be happening, how can we convince ourselves that they’re actually good?

There are very few tribespeople remaining in the world today.  But they do exist.  Imagine a young tribesman from the Amazon were to find his way into a modern hospital.  He walks in and sees the heart surgeon in the midst of a transplant.  He would be shocked and horrified to see a fellow human being asleep on the table while these barbarians are extracting his vital organs!  And yet, as we all know, not only is the doctor not harming the patient, she is saving his life.

The same is true of our interactions with the Almighty, albeit on a much higher level.  We have no sense of the vital role He is playing in our lives.  Rav Huna teaches, ‘God is in Heaven, and you upon Earth.’  We don’t see the whole picture.  The chasm between the understanding of the tribesman and the doctor is miniscule compared to the chasm between our understanding and the workings of the Almighty.  We can’t begin to fathom His ways.

When they took Rabbi Akiva out to be executed, it was time for the recitation of Shema. They were raking his flesh with iron combs, and he was reciting Shema, thereby accepting upon himself the yoke of Heaven. His students said to him, “Our teacher, even now, as you suffer, you recite Shema?” He said to them, “All my days I have been troubled by the verse: With all your soul, meaning: Even if God takes your soul. I said to myself: When will the opportunity be afforded me to fulfill this verse? Now that it has been afforded me, shall I not fulfill it?” He prolonged his uttering of the word: One, until his soul left his body as he uttered his final word: One. A voice descended from heaven and said, “Happy are you, Rabbi Akiva, that your soul left your body as you uttered: One.” The ministering angels said before the Holy One, blessed be He, “This is Torah and this is its reward?”

Rabbi Akiva was one of the unique individuals who are able to appreciate that, when we express our inability to see the whole picture, we’re not just talking about life in this physical world, we’re referring to our lives in the multiple worlds the Almighty created.  Pirkei Avot teaches, “This world is like a hallway.  Prepare yourself in the hallway in order to enter the palace.”  The story of the passing of Rabbi Akiva from this world demonstrates that even the angels do not comprehend Hashem’s ways. When the righteous pass from this world, they are rewarded with a place in Heaven where even angels are not granted entry!  Even as Rabbi Akiva was being tortured to death, he still felt that ‘everything God does is for the best.’

Rabbi Akiva’s passing is the extreme example of faith.  Most of the challenges we experience in life more closely resemble his story of the candle, the rooster, and the donkey.  You can imagine how upset any ordinary person would have felt upon being refused a place to lodge in town and forced to sleep in the field.  His frustrations towards Heaven would have multiplied when, suddenly, all of these other mishaps befell him.  And yet, Rabbi Akiva believed that ‘everything God does is for the best.’  Sure enough, his life was spared as a result of these mishaps.

Unlike the candle-rooster-donkey story, most of life’s challenges don’t resolve themselves from one day to the next.  Sometimes, it’s not until years later that we’re able to look back and appreciate how our earlier apparent misfortune was really the hand of Hashem directing us to a better outcome.  It may have felt devastating when He closed those doors for us.  But He was simply preparing us for the doors to greater opportunities that He was opening concurrently.

One of the powerful lessons from Rabbi Akiva’s story was that he might have said to himself, ‘OK, I can accept that whatever Hashem does is for the best.  But in this situation, these mean people who won’t open their lodgings to me are behaving contrary to God’s will. Therefore, I have every right to be angry.’  But he maintained his faith nonetheless, knowing that, no matter what anyone says or does in this world, only Hashem has the final say on my life.

In Psalm 23, King David expresses His faith in Hashem’s guidance of our lives. “You have prepared a table before me in the face of my tormentors.”  Literally, David is thanking Hashem for rewarding his efforts in contrast with his enemies.  But one interpretation (heard from Chief Rabbi Mirvis) explains that the ultimate expression of faith is the belief that I should invite my enemies to my table. Now that the Almighty’s plan for my life has unfolded, I appreciate that, despite their intentions to treat me badly and the pain I experienced at the time, He was guiding my life in a different direction, that was ultimately for the best.  Just think about the story with Rabbi Akiva.  Had he, years later, encountered the innkeeper who refused him lodging, he would have embraced and thanked him for protecting him!

Perhaps you’ve had your heart broken in a relationship that you thought was your bashert (divinely intended one).  You did nothing wrong.  How could they reject you when all you ever did was devote your entire life to them?  You can’t imagine how you’ll ever love again.  As challenging as it may feel now, always remember that everything God does is for the best.  The Almighty has Mr. or Mrs. Right just around the corner.  And when you meet your true bashert, you will see that the relationship is more perfect than you could have ever imagined a relationship could be!

Maybe you’ve been hard done by at work.  You’ve dedicated years and years of your life to the company, slaving day and night to get to where you are today.  You’re a top producer with the one of the best sales records.  But now one of the other sales managers is so envious of your success that they’re making your day-to-day life difficult.  So difficult that it’s impossible to stay in your current position.  Just remember that ‘everything God does is for the best.’  One day, you will invite that fellow to your table and say, ‘Thank you for pushing me out.  Hashem opened doors in my life I never imagined I would merit to enter!’

Or maybe a business deal has gone sour that will now cost you tens of thousands of pounds.  You’re suddenly needing to sell off a certain position and invest the money in a less lucrative endeavour, just to stay afloat.  Right now you can’t imagine why the Almighty would make you lose all that money.  But remember, ‘everything God does is for the best.’  Watch that space.  What might appear to you right now to be a holding position for your money may end up being the best investment decision you’ve ever made.  But you would never have considered it, had the other deal not collapsed.

Each difficulty that comes our way is a test of our faith.  When we pass the test, God elevates us to the next level in the game of life, with increasingly difficult challenges, but at the same time, commensurate rewards.  The more levels we pass, the more robust and elevated our hearts, minds, and souls become, earning their place in ever-higher positions in this world and spiritual abodes in the World to Come.  May you forever remember that ‘everything God does is for the best’ and look forward with eager anticipation to the delicious spread He has prepared for you upon your tables in this world and the next!
Posted by Rabbi Daniel Friedman at 12:38 AM