Appreciate and Enjoy your Wealth! (Shabbos 25) 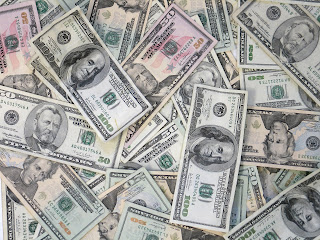 Kalba Savua was one of the three wealthiest men in Jerusalem.  His wealth was matched only by his philanthropy and generosity.  He gained his appellation, which literally translates as the Satisfied Dog, because any poor person who visited, even if they were as hungry as a dog, would not leave the house until they were completely satisfied.

Kalba had a daughter called Rachel, who was beautiful inside and out.  There was no shortage of calls from shadchanim seeking to match up Rachel with the finest young men in the land.  But Rachel wasn’t interested.  For many years, she had been watching the poor shepherd boy, Akiva, while he tended to the sheep.  His manner was so refined, and while he was illiterate, she sensed innate wisdom emanating forth from the lad.

‘Father,’ said Rachel one evening at the dinner table, ‘I’ve decided to marry Akiva.  But don’t worry, he has agreed to go off and learn Torah.’
Her father was furious.  ‘How dare you shame our family!  Get out of my house!’ he shouted, ‘I swear you shall have no portion in my estate, you ungrateful girl!’

Rachel was undeterred.  She married Akiva and encouraged him to travel off to yeshiva to learn Torah.  Twelve years later, he returned to town with an entourage of twelve thousand students.  As he was approaching his house, he overhead an old man saying to his wife, ‘How could he allow you to live like a widow while he’s off studying?’  Rachel responded, ‘If I had my way, he wouldn’t even return.  Let him go and study for another twelve years.’  Upon hearing her, Rabbi Akiva did an about face and returned to the yeshiva.

Twelve years later, he came back to town accompanied by twenty-four thousand students. Rachel raced outside to greet him and fell on her face before him and began to kiss his feet.  Thinking she was a peasant, the senior disciples tried to push her away.  Rabbi Akiva quickly stopped them, declaring, ‘All the merit of my Torah and yours are all hers.’  Needless to say, Kalba Savua, who had come out to greet the leading rabbi of the generation was full of remorse for his earlier rejection of his daughter and the family was reunited.

Rabbi Meir teaches that material affluence does not bring happiness in life.  If you never get the opportunity to enjoy the financial assets you’ve amassed, then it’s all for naught.  Money is only a means to an end, not an end in itself.  So what is the key to a truly wealthy life, a life enriched with happiness and contentment?

Rabbi Tarfon says that diversification is the key to enjoying your wealth.  When he says a hundred vineyards, a hundred fields, and a hundred servants, he is using shorthand for ancient measures of asset management.  Once you have a diversified portfolio, you can breathe a little easier and enjoy the blessings the Almighty has given you.

Rabbi Akiva teaches that the key to happiness has little to do with how much you have in the bank or how you spend it.  He knew only too well that if you are fortunate to have a good spouse, the two of you will be able to withstand any challenge in life. Rabbi Akiva’s wife, Rachel, was born into one of the wealthiest families of the time.  And yet, she gave it all up to be with the love of her life, Akiva.  Together, they built an amazing life of devotion to one another.  She brought out the best in him, and he became one of the greatest Sages of our people.  When you have a virtuous spouse, you never feel alone, even in the most challenging times.

The third idea is offered by Rabbi Yossi.  His suggestion literally sounds like wealth is defined by whether or not you have indoor plumbing.  It seems, however, that he is employing an ancient euphemism, just like some people today refer to their own personal plumbing issues.  A lavatory near the dining table is a nice way of saying that all your bodily functions are in good operating order.  According to Rabbi Yossi, the most important measure of wealth in life is good health.  All the money in the world cannot buy health. And as Rabbi Meir says, if you can’t enjoy your wealth, then you’re not truly wealthy, regardless of the size of your pension fund.

What, in your mind, is the key to happiness in life?  If you were granted one wish, what would it be?  What’s the one thing that you desire more than anything else in the world?  It is an abundance of material resources?  Is it a faithful, loving, and supportive partner? Is it good health?

Sometimes we don’t realize how rich we are until we’re no longer able to enjoy our ‘wealth’.  Ask a person who is ill how much they’d be prepared to pay to get better.  In the face of a cure that has yet to be found, all the money in the world becomes meaningless.  If you want to test how wealthy you are personally, think about like this: Let’s say an uber-wealthy individual was about to have their leg amputated and needed a leg transplant.  How much would you be prepared to sell your leg for?  A thousand dollars?  A hundred thousand?  A million?

Okay, so you wouldn’t give up a leg for less than ten million, you say.  Are you sure?  Remember, you now have a hundred million, but you only have one leg for the remainder of your life.  Wait a second.  The phone’s just rung again and another amputee needs a leg.  How much for your second leg?  Fifty million?  Okay, well that’s sixty million, so far.  What price will you take for your arms?  Eyes? Ears?  Chances are, your number is now in the billions, if there’s a number at all.  So when you think about it, you are actually richer than a billionaire!

Likewise, ask someone who has recently lost a dear spouse what they wouldn’t give to have their loved one back.  A good spouse provides their other half with the strength and support to weather the storm through the greatest challenges in life, including even painful and complicated health issues.  All the money in the world can’t spare a person from getting ill, but a good spouse can lift your spirits and carry you through the storm.  And that’s priceless.

Wealth may be defined in many different ways.  As Rabbi Meir points out, the greatest tragedy is the person who has wealth and doesn’t even enjoy their wealth.  Sometimes that happens simply because they never realized what they had until they no longer have it.  May you always appreciate the wealth in your life!
Posted by Rabbi Daniel Friedman at 2:42 PM