You are an Ambassador of Heaven 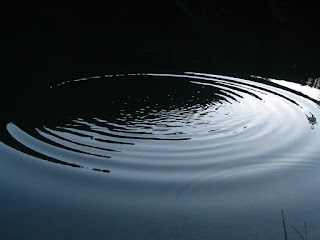 One of the greatest heroes of our people is Joshua.  He led the Children of Israel into the Promised Land.  He fought valiantly and achieved incredible military successes from north to south.  At the same time, he was the Torah leader of the people, ensuring their spiritual and educational excellence.  It thus comes as no surprise that the first book of the Prophets was named in his honour.

What title was such a larger-than-life historical figure accorded?  An appropriate appellation might have been, ‘Joshua, mighty one of Israel,’ or perhaps, ‘Joshua, the all-round leader.’  But that’s not how he is referred to.

Our Sages tell us that Joshua’s greatest feat was arranging the tables and chairs in the Tent of Meeting each morning in anticipation of his teacher’s arrival to deliver the Torah lectures.  Before davening, he would carry Moshe’s towel for him as he made his way to the mikvah.  Later, he would go out searching for the choicest piece of manna to bring Moshe for breakfast.

How does the Tanach (Bible) refer to Joshua?  He is called, ‘Yehoshua, the attendant of Moshe.’

The term ‘am haaretz’, literally means ‘people of the earth’.  Sometimes it is used in an uncomplimentary manner, other times it serves simply as a contrast with ‘talmid chacham,’ meaning ‘Torah scholar,’ or literally, ‘student of the sages.’

Rabbi Baruch Fränkel-Teomim (AC 15) explains the message of the Gemara.  The distinction between talmid chacham and am haaretz is not a question of either/or.  There are many aspects that make up one’s journey to becoming a talmid chacham.  The positions of the rabbis as to what constitutes an am haaretz are not competing opinions.  Each represents a different aspect, which builds on the previous level offered by his colleague.  The difference between am haaretz and talmid chacham (ta”ch) is not black and white; it’s a spectrum.  Depending on where you are on the spectrum determines how ta”ch you are.

Let’s start with a clarification of the ideas suggested by the rabbis, as the Gemara cannot be taken at face value.  Many of these items are basic mitzvos.  The difference between reciting the Shema or skipping the prayer is compliance of one’s daily religious duty versus non-compliance.  The same is true of putting on tefillin or affixing a mezuzah to one’s doorpost.  It’s not a choice or an act of piety.  Clearly, the Gemara has a deeper lesson.

The Gemara’s message, says Rabbi Fränkel-Teomim, is that a talmid chacham represents Hashem in every facet of his life.  Whether he is at home or out and about, whether he is in shul or at work, it is clear that he is an ambassador of Heaven.  The way things work on Earth, either you are an ambassador of a country or you’re not.  There’s no such thing as a semi-ambassador.

Becoming an ambassador of Heaven, by contrast, is a process.  Each element you adopt makes you more and more of an ambassador. The steps to embracing your ambassadorship begin inside and with each progressive step, you build concentric circles around your Divine soul, growing the impact of your Heavenly embassy, widening your influence further and further with each concentric circle.

Let’s take a walk along the journey of your ever-growing ambassadorial impact.  Step one, do you recite Shema morning and evening?   Not literally.  Literally, it goes without saying that you recite Shema, because that’s a basic requirement of being an observant Jew.  The deeper question is: Do you begin your day, and end your day, thinking about G-d?  That’s a heart and mind question.  How do you feel inside?  Are you committed to your relationship with Heaven?  Do you speak to Hashem regularly?  Are you committed to personal religious growth?  Is Torah-learning built in to your daily and weekly schedule?

Step two, do you put on tefillin every day?  Of course you do.  But again, that’s not the real question.  Tefillin are a sign upon the body.  Back in days of yore, Torah scholars would wear tefillin all day long.  Whilst wearing tefillin, however, one must be focused constantly on holy matters.  Most people are not able to maintain that perfect level of focus.  And so at a certain point in our history, the practice was discouraged.  What’s the modern equivalent of proclaiming your Divine mission with a sign upon your body?  Wearing a yarmulke or other symbol of Heaven that comes into direct contact with you as a human being.  It’s there constantly, serving as an external reminder of who you are and why you are here.  That’s why wearing a baseball cap or a sheitel is equally effective.  It’s not about what anyone else sees or thinks.  It’s between you and G-d.  You know that it’s there, and that’s all that matters.

Step three is wearing tzitzis.  Now we’re entering new territory.  It’s no longer a question of your personal relationship with Hashem; you’re now tying fringes onto your clothing.  We don’t wear clothing for ourselves.  If you lived on a desert island, you’d probably wear your pyjamas all day long.  Clothing is your first contact with the outside world.  It’s the first thing by which others judge you.  Ben Azzai wants to know whether you give off a first impression of Jewishness.  When people interact with you, do they immediately appreciate that you’re an ambassador of Heaven?  Put simply, is your embassy merely inward-focused or does it impact the people around you?

Step four is affixing a mezuzah to your doorpost, which, once again, is a duty.  Actually, it’s not just a duty, it’s a baseline of Jewish life.  Even our least devout brothers and sisters affix a mezuzah upon their front-doors with pride!  Rabbi Nasan is asking much more of us.  As our concentric circles of influence expand outwards, we’ve moved from mind to body to garments.  And now we move to the environment beyond ourselves.  When people enter your home, do they feel an atmosphere of Jewish life permeating your personal territory?  Is the house filled with sefarim (holy books)?  Does the menorah shine from the display cabinet?  Are there beautiful mezuzos (yes, even the casing says a lot!) hanging as you enter every room?  Is your dining table a forum for Torah conversation? Does your kitchen have the hallmarks of a kosher home?  In other words, does your Heavenly mission impact the atmosphere of the world around you?

Step five expands the circles even further. Now it’s no longer about your physical person and space.  Rabbi Nasan bar Yosef extends the impact of your embassy into the realm of time.  When you educate your children in the ways of Torah, your influence extends far beyond the immediacy of today.  You’ve now established an embassy that will continue to shine for generations.  In past centuries, Jewish education was reserved for the elite.  Only the children of talmidei chachamim and parnassim – rabbis and communal leaders – were offered a Jewish education beyond the basics.  We now find ourselves living in unprecedentedly blessed times when the privilege of a good Jewish education has become the norm.  That’s probably because our children need it now more than ever before.  When we lived in the shtetl (village), there was little concern that our children might stray from tradition.  The influences and temptations of the big wide world today are so irresistible for our youngsters that it seems that Heaven has decreed they all receive a decent Jewish education in order to be equipped for the challenges that lie ahead of them in life.

And finally, step six moves the circle beyond our family to an even bigger picture.  Unsurprisingly, no one particular rabbi wants to appear supercilious by signing his name off to the suggestion that the students attend to his needs.  Therefore, the teaching is cited anonymously. Why should we attend to the needs of Torah scholars?  Because our life-blood is Torah.  Unless our talmidei chachamim are cared for, Judaism has no future.  Nevertheless, while our Sages certainly portray Yehoshua as the epitome of dedication to attending to the needs of Moshe, the message is presumably more encompassing than its literal suggestion.  The embassy expansion has moved from mind to body to other people, to the world, to time.  But the time factor thus far has only impacted your own family and legacy.  As a member of the Jewish people, you have the power and duty to extend your influence to the wider Jewish community.  Attending Torah needs means ensuring the human resources of Jewish continuity are supported.  And it also means ensuring the institutions of Jewish continuity are supported.

How ta”ch are you?  An am haaretz is someone who only cares about the here and now.  “Who is a chacham?  One who looks to the future.”  May you constantly move across the spectrum from am haaretz to talmid chacham and merit ever-expanding circles of your Divine ambassadorial influence!
Posted by Rabbi Daniel Friedman at 1:33 PM