Work in the Helping Professions (Brachos 58) 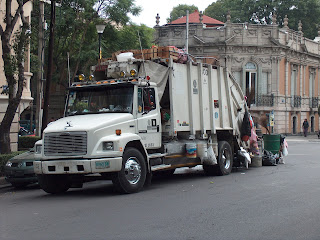 As cliché as it sounds, every Jewish parent seems to want their child to become a doctor, lawyer, or accountant.  Rav Chanan’s teaching is important on so many levels.  First, we need to know that whichever fields our children choose, it’s not their decision.  If they’ve pursued their passion, then it was implanted in their soul by the Creator.  Hashem ensures that every position in this world, even the most mundane, is filled by willing individuals.

Think about like this: Are there certain occupations that you would never engage in, even if they paid you a million bucks?  Maybe you can’t stand the sight of blood and so there’s no way you could imagine being a surgeon.  Maybe you hate numbers and the thought of looking at balance sheets and tax forms every day would keep you far away from accountancy.  Some people dream of become flight attendants on account of all the international travel perks that come with the job.  Other people couldn’t imagine the thought of spending hours and hours in a metal tube, waiting on passengers with unreasonable expectations.  Some people love driving, finding it relieves their stress.  They cherish the thought of spending days in a transport truck driving from one end of the country to the other.  Others find driving incredibly stressful and couldn’t imagine being on the road all day, every day.  That’s the blessing of a million different and unique mindsets.

Unfortunately, too many parents find it difficult to accept that their children are on a mission from Heaven that might be different to the mission they’ve chosen for their kids.  As parents, we certainly have a duty to direct and guide our children to make rational career decisions.  At the same time, however, we mustn’t box them in to certain choices, just because we hold particular views of the hierarchy of various occupations.  If they have certain inklings which are not entirely unreasonable, we need to encourage them to fulfil their appointed Divine mission.

The second reason that Rav Chanan’s teaching is of paramount importance pertains to the high regard we must have for all people, no matter their chosen trade or profession.  You might never have considered becoming a refuse loader (a.k.a. bin man), but you’d better be exceedingly grateful to the fellow who did.  Somehow, G-d placed into his heart the seed that it would be pretty neat to get up early each morning, get paid to do your daily workout consisting of cardio and weight training, and then be done for the day by early afternoon, with the rest of the day off.

When you think about it like that, you realize how much respect you should have for every person, regardless of their occupation.  What would you do without the refuse loader? Imagine nobody wanted the job and you had to take your own rubbish down to the dump each week.  Now, that’s what we call the helping professions!  And the same is true for almost any occupation you could think of.  If there’s someone else doing it and saving you from engaging in it, you owe them a debt of gratitude.

For every occupation on the planet, Hashem created a human being with a desire to engage in it.  They’re not just doing a job; they’re on a mission from G-d.  That’s the beauty of all the different mindsets that the Creator imbued each and every one of us with.  May you find your calling in life and fulfil your Divine mission and may you respect every member of every occupation, and always remember that without them, your life would be very different!
Posted by Rabbi Daniel Friedman at 4:24 PM