To discover the good you must peel away the bad 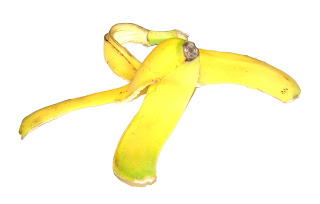 The great sorcerer Bilam was an emotional wreck.   Hired by King Balak to curse the Israelites in the Wilderness, his mission had failed.  Every time he tried to utter a curse, a blessing emerged from his mouth instead.  He trudged home downtrodden, unable to come to terms with the shame of being the world’s greatest sorcerer, and yet unable to carry out the simple task of cursing the nation of Israel.

His donkey tried everything to cheer him up.
‘Why the long face?’ he inquired, despite knowing the answer to his question.
‘Don’t you get it?’ Bilam snapped at his donkey.  ‘Sorcerers are like onions.’
‘Like onions?’ exclaimed the donkey incredulously. ‘In what way?  Do they stink, so nobody will come anywhere near them?  Or maybe they make people cry!’
‘No,’ replied Bilam.  ‘Just like onions, they have layers.’

The Torah commands (Lev.19:23), “When you will come to the land and plant any food tree, you shall treat its fruit as orlah (forbidden), for three years.”
Rav Yehuda quoted Rav: Concerning a caper bush of an orlah tree outside of Israel, one must discard the berries, but he may eat the husks.
The Gemara asks: Are the husks not forbidden as protectors of the fruit?  The Torah states, “you shall treat its fruit as forbidden.” The word ‘its’ comes to include that which is ancillary to the fruit.  What is that?  The protector of the fruit.
It was taught: Pomegranate peels (kelipa) and husks, walnut shells (kelipa) and fruit pits are subject to the laws of orlah.

Shells and peels can be a bit of a hassle.  Wouldn’t it be easier if we could just eat an orange without bothering with peeling?  The Gemara points out that the peel serves a vital purpose.  It protects the fruit against bacteria, worms, drying out, and the elements generally.

According to Kabbalah, the forces of evil are coined kelipos, meaning shells or peels.  What could be so terrible about kelipos?  The kelipos are the ‘protectors of the fruit’!  Nevertheless, the Kabbalists sensed the tension between kelipos, on the one hand, as protectors, but on the other hand, as shells and peels that tend to be a hassle getting in the way of your supper.

The apparent contradiction, of course, may be reconciled with the understanding that the same way physical kelipos (peels) serve to protect the good fruit, spiritual kelipos also serve to protect the good spiritual energy.  This world contains many kelipos of darkness and challenge.  In order to arrive at the light, one often needs to peel away the bad elements.  In essence, they’re not really bad.  Their primary purpose is to protect the good.  But in the process, you can’t escape the fact that they’re also concealing the good deep inside, and that’s why they’re associated with darkness.

In life, sometimes all we see are the kelipos, the challenges and problems.  Once you understand, however, that the difficult kelipos are only concealing the good in order to protect it, you realize that you’ve been tasked with the challenge of peeling away the shell and being the agent that brings the light to the surface.

It’s not an easy task to peel back those layers.  It takes a lot of work.  Bilam started the peeling process by acknowledging G-d’s providence to King Balak.  However, ‘sorcerers have layers’ and he was only willing to peel so deep.  No sooner had he started peeling than he was ready to attack the Israelites with another terrible plot.  He gathered the Midianite princesses to lure the Israelite men into sin.  Instead of continuing to peel back the darkness until the light shone through, he stopped short, deciding that the challenges of discovering the good light within himself was just too much effort.

The layers of the onion stink.  And they make people cry.  The work of peeling is arduous. It takes introspection. It takes faith in Heaven that despite all your challenges, you believe that G-d is in control and He has a plan.  And that the dark shell He has created is only there to protect the light inside and make you a better person as you work at peeling away.  It takes a lifetime of dedication, and it’s not easy to stay strong and continue to peel through all the seemingly never-ending layers.

Hashem has placed kelipos in your life in order to protect and preserve the light found deep inside your soul.  The hard shell on the outside ensures the light can’t seep out.  May you successfully peel away each layer of life’s challenges and moments of darkness to find the light and goodness in every situation and every person, especially yourself!
Posted by Rabbi Daniel Friedman at 5:05 AM