The Secret to Overnight Success 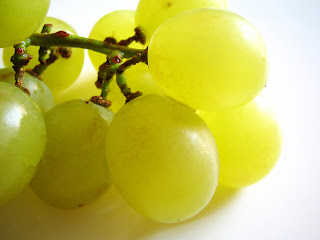 The Israelites had crossed the Wilderness and were on the edge of the Promised Land.  In preparation for the entry, Moshe sent twelve spies to report on the country’s vulnerabilities.  But instead of returning with a strategic intelligence report, ten of the spies came back downtrodden and filled with fear.  Tragically, they managed to convince the masses that Canaan was a bad idea, and the people rebelled.

As a result, G-d decreed that the Israelites of that generation would indeed not enter the Promised Land.  They would wander for forty years in the desert, until they had all died.  Their children took their place as the pioneer generation to inherit the Holy Land.

Nevertheless, despite the trepidation of the spies, they still managed to bring back massive fruits from the blessed land with them to show the people.  So large was the cluster of grapes that it took two spies to carry it on a pole between them!

With incredible blessings like that, one would have thought they would be running to inherit the land, full speed ahead!  Why were they not enticed by the gigantic luscious fruit?

Rabba bar bar Chana said: When we would follow Rabbi Yocḥanan to eat the fruits of Genosar, when we were one hundred people, each and every one of us would bring him ten fruits, and when we were ten people, each and every one of us would bring him one hundred fruits, and every hundred fruit would require a three seah-basket to hold them. Rabbi Yocḥanan would eat them all, and would swear that he had not tasted any food. Do you really mean he claimed he had not tasted any food? Rather, (despite the volume of fruit) he was not sustained.
Rabbi Abbahu ate (the fruits of Genosar) until (the sweet, lush fruits made his skin so slippery that) a fly would slip from his forehead. Rav Ami and Rav Assi would eat until their hair fell out. Rabbi Shimon ben Lakish would eat them until he became delirious.  Rabbi Yocḥanan would have to notify the royal house and Chief Rabbi Yehuda would send in the troops to bring him home.

How did the spies demonstrate their dissatisfaction with the Promised Land?  “It is a land flowing with milk and honey, and this is its fruit,” they announced to the Children of Israel.  At first blush, that statement would seem to be a compliment.  But the Maharsha clarifies their connection between the honey and the fruit.  Their complaint was that while the fruits were indeed outstanding, they didn’t seem to fill them up.  They were so sweet and luscious that they wanted more and more.  But no matter how much they consumed, they never felt satisfied.

The Maharsha explains that the fruit of Genosar was the last remnant of the Land of Israel as it existed in its original pristine bountiful state, prior to the sin of the spies.  The fruit was so extraordinary that no matter how much Rabbi Yochanan would eat, he would never feel full.  And when the other rabbis would eat the Genosar fruits, they experienced various strange sensations, from slippery skin to hair loss to hallucinogenic trips.

The closest equivalent we have to Genosar fruits today is the feeling you have after a huge meal.  Just when you think you’re so full that you couldn’t eat anymore for a week, dessert is brought out.  And what do you know, there’s always room for dessert!  It’s hard to explain the ‘je ne sais quoi’ of a nice dessert.  You had no room before.  And now you have room for two helpings of dessert.  And you feel amazing.  Suddenly, you’re on a high.  What is that feeling?

There’s more to the story of the Genosar fruits than meets the eye.  Rabbi Yochanan had a powerful message for his students about the spiritual high we feel with the first rush of a religious experience like learning Torah.  The examples of the great rabbis drive home the point that success in Torah must be more than just a fleeting sugar rush.  It takes an immense investment of time and effort to truly achieve mastery of Torah.

For many people, when they first experience the high that Torah learning brings with it, nothing can stop them. They feel invincible.  Talmud is awesome!  Seven years of daily learning to complete the Talmud, what’s the big deal?  That’s symbolized in the Gemara by the flies that would slide off Rabbi Abahu.  Nothing would bother him, he was on such a high!

Rav Ami’ and Rav Assi’s hair would fall out, so to speak.  When you think about it, hair is a bit of a hassle.  People who have no hair save so much time each morning, skipping the time needed to wash, condition, blow-dry, brush, and style.  Wouldn’t it be easier if we all just shaved our heads?  But we don’t.  Because hair symbolizes beauty.  And so we invest the time to get it just right.  And so the Gemara asks us whether we’re prepared to invest the same amount of time and effort to beautify our spiritual experience.

And then, we have Reish Lakish who would become so delirious when he would have the sugar rush that Rabbi Yochanan couldn’t bring him home by himself, he needed to send in the troops.  That analogy represents the person who is on such a spiritual trip after having learned a tiny little bit of Torah that they think they know all the answers.  You challenge them on something and they simply won’t listen.  Even when everyone else is suggesting to them that the answer might be different, they refuse to hear and need to be forcibly brought back down to Earth, so to speak.  Only with years and years of substantive Torah learning does one begin to put together the pieces of the great Torah puzzle.

How does the story begin?  Whenever the Rabbis would visit Rabbi Yochanan, they would bring fruit in lots of a thousand (consisting of either ten by one hundred or one hundred by ten) which were placed in baskets containing a volume of three seah.  This combination parallels the three thousand parables that King Solomon composed (I Kings 5:12).  Rabbi Shneur Zalman of Liadi explains (TO Purim) that these parables were not unconnected stories.  Rather, they were analogies within analogies.  In order to explain a concept, he had to tell a story.  But even that was too complex for the average person to comprehend, and that second story needed a further analogy to elucidate its meaning.  But even that analogy was too difficult, and so he offered a further parable to explain.  And on and on.  Until he’d offered three thousand parables to bring an incredibly complex idea down to a level that everyone could understand.

The number three thousand is not random, explains Rabbi Shneur Zalman.  There are three subordinate spiritual worlds, called Beriah, Yetzirah, and Asiyah.  Each contains ten emanations of the Divine, called sefiros.  Each of the ten may be subdivided into ten, and then further subdivided, totaling a thousand in each world, and three thousand sefiros altogether.  Depending on which way one is viewing the sefiros, they will either be seen as ten lots of one hundred (from a top-down view) or one hundred lots of ten (from a bottom-up view).  In Chasidic parlance, ‘es vent zich vu me ret’ – it all depend on (from) where you’re talking or seeing matters.

Rabbi Yochanan’s message to his students is that you cannot simply learn Torah and expect to comprehend everything at face value.  The Torah has multiple levels of meaning, that go deeper and deeper.  When our Torah learning is on the surface level, all we can expect to get is a quick rush.  Our ‘fruits’ will be big, sweet, balloons, full of hot air.  Nevertheless, the Gemara makes it clear that such learning is not meritless. You have still ‘eaten’ something.  But it won’t sustain you over the long term.

Overnight successes are, for the most part, a myth.  Malcolm Gladwell writes that successful people tend to put in an average of ten thousand hours before breaking out as an ‘overnight success.’  He cites examples ranging from the Beatles to Bill Gates.  And if that’s true of artistic or business success, it is certainly true of Torah, which is quantitatively and qualitatively immeasurably greater than any worldly accomplishment.

Don’t get fooled by the sugar rush – or let down by the subsequent crash of the spiritual high – that Torah brings.  Torah isn’t mastered in a day or a week, or even 10,000 hours.  It’s a lifelong commitment.  May you merit incredible success in Torah by growing slowly but surely!
Posted by Rabbi Daniel Friedman at 12:59 PM