The Mitzvah of a Healthy Diet and Regular Exercise 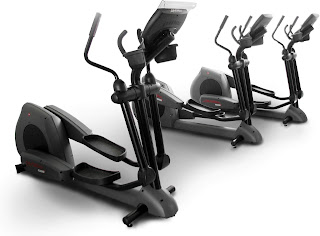 Reb Shmuel Munkes was a chosid, a pious man, of great renown.  He was once on a journey to see his Rebbe, Rabbi Shneur Zalman of Liadi.  The hour was late and the sun was beginning to set.  He pulls over to the side of the road, alights from his wagon, and begins to daven Mincha (afternoon prayers).

Meanwhile, a Czarist officer was passing by in his exquisite chariot, large enough to seat ten people from one side to the other.  You can imagine how irate he felt upon encountering Reb Shmuel’s wagon blocking the narrow mountain path.  He spots Reb Shmuel in prayerful rapture, oblivious to everything around him, and his rage boils over.  He jumps out of his chariot, sword drawn, ready to unleash his full fury upon the unsuspecting chosid.

Managing to control his temper, however, he opens with a gruff hello.  But finding himself in the midst of the Amidah (prayer), Reb Shmuel fails to respond.  The officer waits for him until he has concluded.  After he finishes his prayers, he screams, “Empty one!  When I greeted you, why did you not respond?  Had I chopped off your head with my sword, who would have held me accountable for your blood?”

After he finished his prayer, the officer said to him, Empty one! Isn’t it written in your Torah: “Take utmost care and guard yourself diligently”? And it is also written: “Take good care of yourselves”? When I greeted you, why did you not respond with a greeting?  Had I chopped off your head with a sword, who would have held me accountable for your blood? The chosid said to him: Wait for me until I will appease you with my words. He said to him: Had you been standing before a flesh and blood king and your friend came and greeted you, would you return his greeting? The officer said to him: No. The chosid continued: And if you would greet him, what would they do to you? The officer said to him: They would chop off my head with a sword. The chosid said to him: Then does it not go without saying?  You who were standing before a king of flesh and blood, who today is here but tomorrow is in the grave, would have reacted in that way; I, who was standing before the King, King of kings, the Holy One, blessed be He, who lives and endures for all eternity, all the more so!  The officer was immediately appeased and the chosid returned home in peace.

One of the lessons derived from this piece of Gemara is our duty to maintain our health and physical wellbeing.  In his laws dealing with dangerous situations that one must avoid, Maimonides quotes the Gemara’s usage of the verse “Take good care of yourselves.”  Rabbi Eliezer Waldenberg (Tzitz Eliezer 15:39) picks up on the idea and implies that Maimonides’ following instructions on healthy living are also derived from the same source.

The Rambam (Maimonides) writes (Deos 4:1): Since maintaining a healthy and sound body is among the ways of God – for one cannot understand or have any knowledge of the Creator, if he is ill – therefore, he must avoid things that harm the body and accustom himself to things that are healthy and help strengthen the body.

We all know people who appear to be religious zealots when it comes to exercise.  But, believe it or not, they’re not wrong!  According to the Rambam, a healthy diet and regular exercise are religious duties!  Indeed, many halachic authorities proscribe smoking and consumption of other dangerous substances based on the obligation to ‘take good care of yourselves’ stated in this verse.

Rabbi Moshe Rivkash (C17 Vilna) takes the duty to look after one’s body a step further.  G-d created us in order to bestow goodness upon us.  When we don’t maintain our physical health and wellbeing, it’s the ultimate act of rebellion against G-d.  In this regard, Judaism is quite unique.  While most other religions emphasize heaven as the place of final reward, in our tradition, the ultimate reward happens in the era of the Resurrection of the Dead.  At the End of Days, souls will return to bodies and walk this Earth once again.

Why is Resurrection so fundamental to Judaism?  Because G-d never remains in debt.  If He were only to reward your soul in the Afterlife, it would be unfair to your body.  For in order to perform mitzvot in this world, your soul needs to partner with a body.  Alone, the neshomo is powerless to achieve any goodness in this world.  It can only grow through the means of the body.  Consequently, both soul and body are deserving of reward and will receive their recompense equally when they are reunited in the Resurrection.

The Talmud devotes dozens of discussions to maintaining a health body, from what we should eat to timing of meals.  Mens sana in corpore sano – a healthy mind in a healthy body – is an essential tenet of Judaism.  When a person’s physical or mental health and wellbeing are not operating at optimal level, one’s spirituality is bound to suffer.   Rabbi Dov Ber “The Maggid” of Mezritch used to say, “a kleiner loch in kerper iz a groiser loch in neshoma” – a small hole in the body is a large hole in the soul.

Spiritual vitality is dependent upon physical vitality.  Your body is a gift from Above, but the gift is conditional on your commitment to keeping it fit and healthy.  May you always strive to maintain a perfect vessel for your holy soul by eating well and exercising regularly!
Posted by Rabbi Daniel Friedman at 11:02 AM