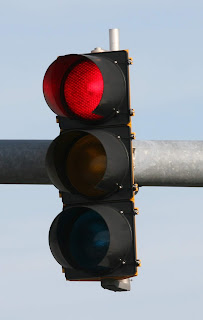 The Children of Israel were about to enter the Promised Land.  In order to get there, they had to pass through the valley of Arnon.  Meanwhile, however, the Amorites arrived early that morning, dug cavities in the rocks, and hid inside them.  Their plan was to ambush the Israelites as they passed through the narrow area.

But our Father in Heaven watches over His people.  As they journeyed through the wilderness, the Holy Ark would lead the way, levelling the hills before them to ease their passage. When the Ark arrived at Arnon, the mountains closed in on one another, killing the Amorites, resulting in their blood flowing down to the valley.   The Israelites then passed through, completely oblivious to the near-miss that had just occurred.

Nevertheless, way at the back of the procession, there were two unknown lepers, called Es and Haiv, who noticed the blood spilling out from between the rocks.  Upon finding the dead Amorites, they informed Moses and the people of the great miracle.  And the Israelites broke out into song for the hand of Hashem that had guided and protected them even without their knowledge!

Granted that the crossing of the Red Sea warrants thanks, because it is written, “And the children of Israel went into the midst of the sea upon the dry ground.”  Similarly, the crossing of the Jordan, because it is written, “And the priests that bore the ark of the covenant of the Lord stood firm on dry ground in the midst of the Jordan, while all Israel passed over on dry ground, until all the nation were passed clean over the Jordan.”

But how do we know about the crossing of the canyon of Arnon? Because it is written, “Wherefore it is said in the book of the Wars of the Lord, Es vaHaiv besufa . . .” It was taught: Es and Haiv were two lepers who followed in the rear of the camp of Israel. . .

When Es and Haiv were stricken with leprosy, imagine how upset they felt.  They had to leave their families and community and face the embarrassment of being rejected from the camp.  In their minds, the punishment didn’t really fit the crime.  They meant no ill when they had that brief conversation about their friend, they were just trying to help.  And yet, G-d had given them leprosy and subjected them to this public humiliation.  To be honest, they weren’t angry at Heaven, so much as shocked.

They’re trudging through the desert feeling sorry for themselves, when they suddenly notice blood dripping from the clefts of the rocks.  Their curiosity gets the better of them and they scurry up the mountainside to see what’s going on.  They reach the top and discover hundreds of dead Amorites squeezed between the boulders.  Appreciating the incredible miracle that has occurred for the Children of Israel, they race down the mountain to share the news with their brethren.  The Israelites break out into song, and Es and Haiv are heralded as heroes of the Jewish people, recorded in the Torah for all eternity.

Intervention number one occurred before the Children of Israel even appeared on the scene.  Had Es and Haiv had not been curious, our people would never have realized that the Divine hand had reached out to them.  The Gemara here is sharing a profound secret.  Hashem is constantly performing miracles in our lives that we aren’t even aware of.  They are the Oblivious strikes – we are completely oblivious to the fact that they are happening.  We cannot imagine the catastrophes that He is averting just around the corner before we get there.

Think about the automobile accidents that could potentially strike anytime.  Take acceleration, for example.  You might be pretty proud of your car’s pick-up.  Every time you’re at a red light that turns to green, you’re the first out of the line-up.  And then one day, you put your foot down and the car doesn’t seem to move as quickly as it normally would.  ‘A little strange,’ you think to yourself.  And then, all of a sudden, a truck that couldn’t stop in time for its red light careens across the perpendicular street in front of you.  Coincidence or G-d’s guiding hand?

For certain people, the immediate reaction would be to run to shul the next morning to bentch goymel (thanksgiving prayer).  ‘Everything okay?’ the gabbai (warden) inquires of them with consternation.  ‘Yes, thank G-d.  But yesterday, I had a near miss.  I almost died.  A second earlier and I would have died.’

Undoubtedly, it is most commendable that this person’s reaction to their near miss is to think about the role of G-d in their life.  But when you think about it, why would anyone thank G-d for almost killing them?  Wouldn’t it have been better never to have entered the near-miss situation in the first place?  Why can’t we thank Hashem for keeping us far away from any perilous situation?

Picture the scene.  You walk into shul and ask for an aliyah (call-up).  You bentch goymel.  ‘Everything okay?’ asks the gabbai.  ‘Yes, of course,’ you respond, ‘I’m thanking G-d because I drove across town yesterday and the journey was uneventful.’  ‘That’s amazing,’ replies the gabbai, ‘Not even a speed camera?’ ‘Nope,’ you reply.  ‘Well, that is quite the blessing,’ says the gabbai, ‘go for it!’

As we all know, the second scenario never happened.  So what’s the difference between the two scenarios? In the first, the ‘near-miss,’ G-d revealed His hand.  You felt that Hashem played an active role in your life.  And you felt inspired to thank Him.  But the second scenario demonstrates that in reality, G-d protects us countless times during the day.

The purpose of the first scenario, where G-d revealed His providence, is to remind you that G-d is protecting you miraculously day-in, day-out.  If you view it as a once-off, then the Divine revelation was wasted on you.  However, if you are inspired by the event to develop a greater awareness and appreciation for the role G-d plays in your life, then the revelation was effective.  If you feel the need to bentch goymel, then go ahead, bentch goymel.  But it shouldn’t end there.  It should be the start of a deeper relationship with the Almighty that should permeate every aspect of your life, from your daily davening to your faith and trust in Heaven throughout the day.

Let’s return to the subject of the two Divine interventions that occurred in Arnon.  Intervention number two was the Pre-emptive strike.  Think about the leprosy that Es and Haiv received.  When they were stricken, they were devastated.  But if they’d realized why G-d sent them outside the camp, they would have rejoiced.  Here was their opportunity to get a mention in the Torah!  If you knew that the Torah would record your name in the text, would you not agree to a little leprosy?  At the time, it seemed unfair.  And yet, the whole process was a preparation by G-d so that they would be in the right place at the right time to fulfil their destiny.

Sometimes life seems to be unfair.  And you wonder why G-d let something adverse happen to you.  But then you continue along life’s path only to find out, sometime later, that what you thought was unfair was the precursor to the miracle in your life.  This phenomenon is the opposite of a near-miss.  It’s a pre-emptive strike.  The problem hits you out of the blue, and only later do you appreciate why you were struck.

Maybe you were laid off from work.  It hurt.  You didn’t deserve it.  But then the golden handshake enabled you to start your dream business.  That was G-d’s plan for you.  But the only way He could get you there was to strike you with the unemployment leprosy.

Or maybe it’s a medical scare.  A number of years ago, one of our shul members found himself in terrible pain.  He goes to the emergency room and they tell him he’s passing a small gallstone.  He has the choice: either go home and let it pass or admit himself into the hospital to be monitored.  He chooses the latter.  Once inside, they carry out a number of tests on him.  Shockingly, they discover Stage 1 cancer.  The good news, however, is that they are able to treat it immediately and he is cured.

Baruch Hashem, the cancer has never returned.  Now, at the time when he was feeling the awful pain, he wasn’t a happy man.  But then when he finally understood why Heaven had sent him to hospital, His gratitude to the Almighty knew no bounds.  Had he not experienced the pain of the gallstone, he would never had taken the medical tests.  G-d sent him a pre-emptive strike, in order to lead him to the fortunate outcome.  G-d struck Es and Haiv with leprosy, in order to make them national heroes.

Near misses are nice, but they’re not necessarily noteworthy.  The real situations in life that demand our intense appreciation of G-d’s lovingkindness are the oblivious strikes and the pre-emptive strikes.  May you constantly thank G-d for all the miracles He performs in your life, especially those you have no idea about!
Posted by Rabbi Daniel Friedman at 3:20 PM