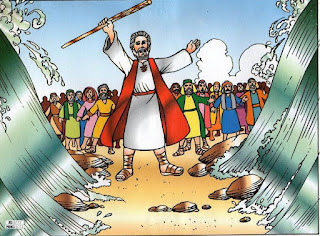 The first monarch of Israel was King Saul.  Prior to becoming king, he was a paragon of excellence.  A righteous Jew, he was learned in Torah, and a natural leader.  A well-liked person, he was also tall and handsome.  But he didn’t make it.  He wasn’t long in office when he snapped.  By the end of his life, he was a paranoid, depressed, worn-out individual, a shadow of his former self.  What went wrong?

Chief Rabbi Mirvis contrasts King Saul’s beginnings with those of his successor, David.  Kind David’s origins were humble and not without challenge.  He was the youngest member of the family and was treated disparagingly by his older brothers.  As a shepherd, he had to fight off bears and lions.  And when his brothers were drafted into the royal military, he was left at home.

That, however, was the secret to his success.  King Saul had never experienced challenges in his life.  And so the first difficulty that came across his throne crushed him.  One challenge after another made him weaker and weaker, until he was no longer able to serve as King of Israel.  David, by contrast, was no stranger to challenge.  His treatment at the hands of his family members and the beasts of the wild prepared him to face any difficulty in life.

Rabbi Meir would say: What is the scriptural source that even babies in their mothers’ wombs recited the song at the Red Sea? As it is stated, “In assemblies, bless God, the Lord, from the womb of Israel.”

Why were the Egyptians drowned in the Red Sea?  Our Sages explain that the Almighty was punishing them measure-for-measure, in retribution for the decree that “every baby boy shall be cast into the river.”  While G-d had told Avraham that his descendants would be strangers in a foreign land, He never mentioned genocide.  Once the Egyptians crossed the line between ruling authority to murderous nation, G-d sealed their fate.  They too would drown, as they had decreed upon the Hebrews.

Based upon this idea, the Minchas Yitzchok explains why the babies in the womb also sang upon experiencing the miracles at the Red Sea.  Had the Children of Israel remained in servitude in Egypt, they stood the most to lose.  Under the Egyptian regime, they would not have made it to their first birthdays!  While they may not have witnessed the miracles with their own eyes, they were the biggest winners, for their very lives were spared.

The problem with the Minchas Yitzchok’s explanation is that the equation should have been expressed the other way around.  Rabbi Meir should have taught, “Not only did the babies in the womb sing, but even the already-born Israelites also sang, despite the fact that their salvation was not as great.”  Why does he teach that even the babies sang?

Ever noticed the way children play with one another?  They are constantly fighting.  But amazingly, five minutes later, they are best of friends, playing together as if nothing ever happened.  Children are the epitome of resilience.  They don’t get stuck on their pride and feelings of personal offense.  They simply ‘get over it’ and move on.  Once again they’re best of friends, and it’s as if nothing ever happened.

That’s why Rabbi Meir says ‘even the babies sang.’  He’s teaching us a powerful lesson.  After we’d been saved from the raging Red Sea, we were all still thinking about the pain and anguish of Egypt, but they’d moved on.  While we were all still looking backwards, they were looking ahead to a brighter future.

Did they sing?  Yes, they did, but only because they were part of our nation and everyone else was singing.  From their perspective, however, they had left Egypt, crossed the Red Sea, and had their sights set on the Promised Land.  No looking over their shoulder.  No worries about the past.

How do we develop the resilience of children?  It doesn’t just happen.  Unfortunately, as we mature, so do our egos.  Something difficult happens to us, someone says something offensive to us, and our egos are bruised.  We convince ourselves that we can’t move on, because we feel so hurt by what’s happened.

In Tehillim we read, “Many are the thoughts in the heart of a person, but the advice of Hashem, shall [be] stand.” Literally, the verse means that G-d has a plan and we must trust that He knows what’s best.  According to one interpretation, however, the verse should be understood: The advice of Hashem is: Stand up!  When you feel you’re getting stuck with all your anxieties around the hurt you’ve experienced and you’re tempted to wallow in your sorrow, you must ignore the bidding of the yetzer hara (inner tempter).  You need to get up and move on with your life.

Hashem gives us tests in life in order to build our resilience.  Most people don’t become kings overnight.  G-d tried that with Saul and it didn’t work.  If you want the blessing of greatness, you need to master the smaller trials and tribulations He sends your way.  Once He sees you’re able to overcome those challenges and develop your resilience, He will throw greater challenges your way.

Hashem has plans of greatness in store for you.  But it won’t happen overnight. It will happen when you build your patience and resilience with each smaller challenge in life.  May you respond to each test with strength of character and develop your resilience to a level of unparalleled maturity and wisdom.  And may He entrust you with the leadership role He has prepared for you!
Posted by Rabbi Daniel Friedman at 8:59 AM