Israel, the Capital of Planet Earth 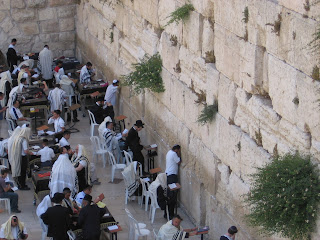 HRH Prince Charles was recently on his first official state visit to Israel.  One of the highlights of his trip was a reception held at the residence of the British Ambassador.  The Ambassador invited a number of world-renowned Israeli scientists and business leaders to the dinner, each of whom dazzled His Royal Highness with cutting-edge technological advances and business processes forming the foundation of many of our systems today and for the years ahead.

Following the event, Prince Charles marvelled at Israel’s “riveting developments and ingenious inventions” and commented, “It seems to me like Israeli genius is maintaining the entire structure of the NHS (Britain’s National Health Service), along with a great deal of other technology.”

Meanwhile, just down the road at the Mir Yeshiva, over eight thousand students were returning to the study hall for their evening seder (schedule of learning).  Some closed their sefarim (holy books) just after 10pm, others continued to plumb the depths of the Talmud until the wee hours of the morning . . .

The Torah (Deut.8:8) calls Israel, "a land of wheat, barley, grapevines, figs, and pomegranates, a land of olive oil and date-honey."

Rav Chisda and Rav Hamnuna were having lunch together. They were served dates and pomegranates. Rav Hamnuna took and recited a blessing over the dates first. Rav Chisda said to him, 'Does the master not accept that which Rav Yosef, and some say Rabbi Yitzcḥak, said: Each food that precedes the others in the verse precedes the others in terms of blessing as well?'  Rav Hamnuna said to him, 'This, the date, is mentioned second to the word ‘land’ in the verse, and this, the pomegranate, is fifth to the word land.' Rav Chisda said to him, 'O that we would be given iron legs so that we would be attentive to you.'

The Torah describes seven special species of the Land of Israel.  The verse, however, is separated into two parts, the first mention of ‘land’ lists five of the species, while the second ‘land’ contains two of the species.  According to Rav Hamnuna, the hierarchy of the species is determined by their proximity to either of the ‘land’ appearances.   Why, in fact, is the verse divided in two?

Rav Kook explains (CM Gold 304) that there are two types of love for the Land of Israel.  Some people love the land based upon its spiritual distinction.  Others love the land for its special physical qualities.  These two loves are represented in the verse by the two parts of the list of species.  The spiritual list contains five items, corresponding to the Chumash (Pentateuch).  The physical list contains oil and honey symbolizing intellectual and material prosperity.

When Hashem promised the Land of Israel to Avraham, He informed him, “And all the families of the Earth will be blessed through you.”  It’s taken thousands of years, but we are finally seeing the fulfilment of G-d’s decree that the entire world would be blessed through Israel.  That blessing is manifest in two general forms, the spiritual and the physical.

The highest form of blessing is the spiritual sustenance provided to the world by the merit of Torah.  Few would contest the influence the Bible has had upon human morality over the last three and half millennia.  Its impact, however, does not wane; it grows ever stronger.  While we may be able to discern the obvious role of Torah in advancing religious, legal, political, and scholarly fields, the true power of Torah lies in the Heavenly blessing it draws down into the world.  Our Sages teach, “Torah scholars increase peace in the world.”  We might not see that impact with our flesh and blood eyes, but we believe that increased Torah learning improves human behavior and interaction across the globe.

The numbers of people learning Torah today are historically unprecedented.  There are literally tens of thousands of young men and women occupied in full-time Torah study, primarily in the Land of Israel.  And the flourishing of daily Torah engagement by everyday people from all walks of life in Israel and abroad is the clear fulfilment of the messianic prophecy, “And the Earth will be filled with the knowledge of G-d as the ocean is filled with water.”

At the same time, one hundred years ago, Rav Kook could never have imagined how quickly his ideas would become a reality.  The spiritual blessing Israel is providing to the world in the twenty first century is paralleled only by an incredible physical and material burst of blessing.  Our prophets foretold of the day the nations of the world would flock to Israel to be part of the material blessing.  Today, a hugely disproportionate share of medical and technological advances finds its origins in Israel.

Which aspect is more important, the spiritual or physical benefits of the Land of Israel?  Naturally, one would assume that a spiritual connection is more powerful than a physical connection.  Rav Hamnuna interprets the Torah verse, however, to establish that whichever species is closest to the word ‘land’ takes precedence.  The dates from the second list are closer to the land than the pomegranate of the first list.  Rav Kook explains that some people’s physical connection to and love for the land is stronger than others’ spiritual connection.  Every person has their personal connection to the Land of Israel.  Motivation ranks second to passion.

Who, would you think, is more dedicated to Israel, the family that visits annually and spends the bulk of their time in Tel Aviv, or the family that visits once each decade and stays in Jerusalem?  If Israel were only a spiritual concept, then the latter family would win the debate.  But Israel is both a manifestation of the spiritual, and at the same time, a physical piece of land.  If you dedicate yourself constantly to the promotion of Israel’s amazing material contribution to the world, you are closer to the ‘land’ than someone whose first stop when they land is the Kotel, but then return home to the Diaspora and think little of Israel until their next visit.

Ultimately, both aspects are essential to the maximization of Israel’s blessing to an individual and to the world.  If all you ever do when you go to Israel is visit startups and Tel Aviv cafes, next time you might consider scheduling in a day of yeshiva learning into your itinerary.  If all you ever do is visit the Kotel and graves of the righteous, next time you should think about including a lecture about Israel’s medical impact on the world.

(Indeed, on one family trip to Israel, the Rabbanit commented, ‘Enough with the kevorim (graves) already!  At this rate, that’s all our children will remember about Israel – one big cemetery!  Yes, they’re important – both the graves of ancient rabbis and modern IDF soldiers – but we must remember to demonstrate to our children that Israel is alive and well, thriving and flourishing.  And that is a clear and open miracle – the rebirth of a nation in its ancient homeland – an event that’s never happened to any other nation and land in history.)

We are living in biblical times.  The ancient prophecies are unfolding before our very eyes.  The Land of Israel is central in the minds and lives of nations and individuals across the globe, as they engage with Israeli scientists, academics, and business leaders on a daily basis.  And Torah is being learned in numbers that have not been seen since we stood together at the foot of Mt. Sinai.  May you make Israel central to your life and may the land be a source of physical and spiritual blessing for you and your family!
Posted by Rabbi Daniel Friedman at 11:03 AM