How to become a source of blessing 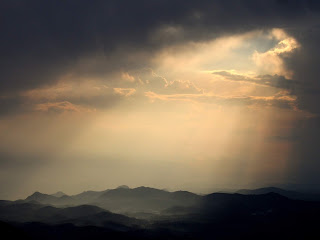 Our school cricket team had just suffered a crushing defeat at the hands of a nearby grammar school.  The team was feeling pretty down, as we’d been preparing day and night – not unusual for cricket – for the big match.  At the end of the game, I trudged over to the water fountain together with our captain.  He uttered an expletive about the game and began to drink.  I paused and recited the bracha, “Blessed are You Hashem our G-d, King of the universe, for everything is made by Your word.”  And as I bowed my head and drank from the Almighty’s life-giving waters, I was overcome by a feeling of gratitude and contentment.

How does skipping a bracha (blessing) entail misappropriation?  Rabbi Tzvi Elimelech of Dinov (D”P 37) explains that, as children of Avraham, we have a duty to testify to the world about G-d.  Every bracha we make is a public testament to the handiwork of the Creator.  Failure to utter a bracha is akin to concealing evidence in court – if you know something that will aid proceedings, Jewish law obligates you to testify.  Having information relevant to a court-case and abstaining from testifying abets the miscarriage of justice.  Likewise, if you know Who created the world and don’t tell the individuals judging the relationship between nature and the Divine, you have missed an opportunity for which you are stationed on this planet.

How does skipping a bracha entail theft?  According to Rabbi Yisroel Alter of Ger (P”Y Beshalach), everything Hashem gives us is really on credit.  When we make a bracha, we repay our spiritual debt.  And so if you don’t make a bracha, it’s like stealing from G-d.  But why does Rabbi Chanina suggest that you have also stolen from the community?   Rabbi Yisroel proceeds to explain that a supplier will only continue to lend on credit provided his past debts have been repaid.  When we don’t make a bracha, we stop the flow of goods from the Almighty Creditor.  That closed tap doesn’t only affect the individual who missed the bracha personally, but all people who are relying on the unimpeded flow from the spiritual pipeline.

Rava insists that the only way to achieve success in this area is to learn how to make the correct brachos (blessings).  Every food and spice has a distinct bracha.  The way to get it right is by learning from an expert and developing a proficiency.  Without knowing the correct brachos to recite over each item, the blessing experience becomes dull and meaningless.  But why does it matter which blessings you make over which foods?  Wouldn’t it be sufficient to make a single general blessing demonstrating appreciation for Heaven’s bounty?

Every evening, Avraham would arrive home to a wonderful meal, ready on the table.  Sarah, his superhuman wife, somehow managed to juggle her own job, the children’s various school, extracurricular, and homework schedules, and still cook up a storm day-in, day-out.  And no two meals were ever the same – surpassing the menu offerings of the fanciest restaurant, she would find unique meals to prepare each day of the month.  Her efforts never went unnoticed by her husband, and his nightly post-dinner refrain was, ‘Thank you my wonderful wife.  The meal was delicious.  I can’t tell you how much I appreciate your incredible dedication!’

But after a while, the message started sounding a little dull and lifeless.  ‘Did he really mean it?’ Sarah wondered, ‘or is it nothing more than words?’  It was almost like he could recite the line in his sleep.  Yes, he appeared to be grateful.  But after all her hard work, couldn’t he come up with anything original?

Avraham’s mistake was in the details, or lack thereof.  He should have been praising his wife for specific delicacies.  ‘Thank you for the delicious chicken soup!’  ‘The brisket was amazing!’ ‘I haven’t tasted fish-balls like these in years!’ ‘Just like mama would make her chocolate pudding!’  Now, suddenly, the praise has been brought to life.  Sarah would be able to see that he really means what he is saying, because he is specifying why he is grateful.

The same is true of brachos.  If we were to make the same bracha over everything, it would sound dull and lifeless.  When we tune in to a particular bracha over a specific food item, not only does it make us think about what we are doing, it deepens our relationship with Heaven.  The difference, of course, is that it doesn’t matter to Hashem the same way it matters to Sarah.  The specificity makes a difference to the person reciting the blessing.  By focusing on the particulars of the blessing, we deepen our attachment to Heaven.

You’re here on Earth to exalt the Almighty, testify about creation to all humankind, and thereby make His name great.  Every bracha you recite brings the world one step closer to the day when “Hashem will be king over the whole Earth.  On that day, Hashem will be one and His name will be one.”  May you become a source of blessing for G-d and may He, in turn, shower His blessings upon you!
Posted by Rabbi Daniel Friedman at 11:15 AM