Fighting for your daily Bread 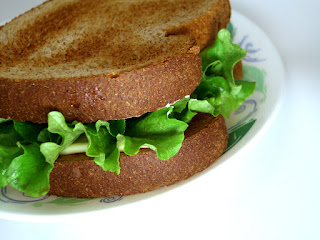 Moshe had barely completed the task of leading the Children of Israel out of Egypt, when they begin to complain.  Not content to turn their eyes Heavenward to beseech our Father in Heaven for sustenance, they choose instead to blame Moshe for their woes.
“Why have you brought us up from Egypt to make me and my children and my livestock die of thirst?” they cry out.
Moshe turns to G-d and exclaims, “What shall I do for this people?  Any longer and they will stone me!”
G-d responds, “Pass before the people.  Bring with you the elders of Israel. Take in your hand your staff, with which you struck the Nile, and go.  Behold, I shall stand before you there upon the rock at Horeb.  You shall strike the rock and water will come forth and the people will drink.”

The first understanding would refer simply to the bread sitting right there in front of you that you are about to eat.  It would be similar to other brachos (blessings), such as ‘Borei pri ha’etz’ – ‘who creates the fruit of the tree.’   The second understanding takes the intention of the bracha to a whole new level.  You’re not just thanking Hashem for this particular piece of bread.  You are acknowledging that He is the Great Provider.  He is the One who brings out sustenance from His wonderful Earth to provide for every living creature.  This acknowledgement should lead us to a greater bond with Heaven, as we contemplate the wonders of the Creator.

Why are we charged to think about the Almighty specifically when eating bread (lechem)?  When Adam sinned in the Garden of Eden, he was told, “By the sweat of your brow, you will eat lechem.”  While we use the word ‘lechem’ to mean bread, at its basic level, it actually refers to food generally.  In fact, in Arabic, a language with many similarities to Hebrew, the word means meat!  And indeed, when the Israelites marvel at the manna they’ve received from heaven, Moshe says to them, “This is the food (lechem) that Hashem has given you to eat.”

The Gemara chooses interesting proof texts to demonstrate the form of the bracha we should recite, motzi or hamotzi.  Both verses deal with conflict, one with the Exodus from Egypt, the other with the rock that Moshe struck to bring forth water when the Children of Israel were complaining.  These choices are not arbitrary.  The word ‘lechem’ also connotes fighting, such as the word for battle in Hebrew, ‘milchama’.  (For a powerful related discussion around the meaning of the name of the town of Beth-lehem, see https://blogs.timesofisrael.com/bethlehem-a-holy-or-holey-city).

When we acknowledge Hashem’s sustenance, we thank Him for the ease with which He gives us our food and daily needs.  For some people, it’s a battle, it’s a struggle, it’s literally the sweat of the brow.  For the fortunate few – and yes, those of us lucky to be born in certain parts of the world at a certain point in history are incredibly fortunate – Hashem magically brings forth our bread from the earth with relatively little effort.  We don’t have to battle for our sustenance, certainly not on a national level, and hardly on a personal level (think about hunter gatherers and the battles they fought for daily sustenance).  Now that’s a blessing!

Hashem is the ultimate Provider.  The sandwich sitting in front of you is not just two slices of bread with some peanut butter in between.  It represents the power of the Almighty to shower you with blessings of sustenance throughout your life.  Next time you say ‘hamotzi’, think of the One who brought forth all the blessings in your life.  May He increase those blessings in ever-increasing abundance!
Posted by Rabbi Daniel Friedman at 6:24 AM