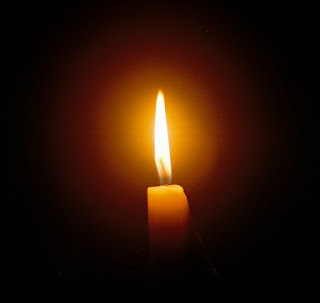 But Yosef was a dreamer.  He dreamed of developing the land, bundling sheaves of wheat for mass-production.  But wait, why must it end there?  In his next dream, he was reaching for the stars.  He had become so powerful that the entire universe appeared to be bowing down to him, including his parents and older siblings.
‘That was a strange dream.  Do you think it actually means that one day I’ll rule the world?’ he asked his brothers.

Understandably, they were far from pleased with his intimations.  And their hostility towards him grew stronger with each passing day.  At one point, their father, Yaakov, had to step in to cool things down, chastising Yosef for his implausible visions.  Deep down, however, Yaakov knew that one day Yosef’s dreams would become a reality.

One day, when their feelings of enmity got the better of them, they took him captive and sold him as a slave.  He ended up in Egypt where he laboured under terrible conditions, eventually ending up in prison.  By that stage, Yosef had probably lost hope of all his earlier dreams of greatness.  Life hadn’t really turned out quite the way he’d envisioned.

And then, almost without warning, Pharaoh pardons him and offers him the position of viceroy.  Just a day prior, he had been a slave in the dungeon of Egypt, with no hope of achieving anything in life.  And now, he was the most powerful individual in the world, responsible for coordinating the national economy and agriculture for the years ahead.  And sure enough, just as he had dreamed twenty-two years earlier, the day arrives when his father, step-mother, and brothers appear, prostrating themselves before him and beseeching him for sustenance for themselves and their hungry families.

Rabbi Levi said: One should always await the fulfilment of a good dream up to twenty-two years. From where do we know this? From Yosef, as it is written, “These are the generations of Yaakov. Yosef was seventeen years old . . .”  And it is written, “And Yosef was thirty years old when he stood before Pharaoh . . .”  From seventeen to thirty how many years are there? Thirteen.  Plus the seven years of plenty and two of famine; the total is twenty-two.

All of these aspirations come from the soul.  King Solomon writes in Proverbs, “The soul of a man is God’s candle.”  Think about how the flame on a candle is constantly striving to rise higher.  If it could, it would soar to the heavens, but it is held back by the wick, to which it is attached.  The same way, the soul is constantly striving to rise higher.  It is held back, however, by the constraints of the body and this physical world.

Nevertheless, the soul’s yearning to climb higher manifests itself in the feeling of human ambition.  We all want more out of life and are not content with our current station.  If not for the yearnings of the soul, life would be quite dull, as we would never make an effort to strive for greatness.  That greatness and accomplishment can have various expressions: physical, spiritual, material, academic, status-related.  The choice of how to fulfil the yearnings of the soul to strive ever higher is up to each individual to make.

What’s the average timeline as far as expectations of dream fulfilment is concerned?  About a week.  Maybe a month.  Very patient people might be willing to give it a year.  In the twenty-first century, that’s the kind of society we live in.  A generation with expectations of instantaneous gratification.  We have teenagers that are able to see their dreams of fame and fortune fulfilled overnight via social media.  If they can do it, why can’t I?

Rabbi Levi teaches us that overnight success is rare.  We must all dream.  But most dreams take time to come to fruition.  Yosef had dreams of greatness.  He knew that he would become the leader of his family and a figure of international prominence.  He was so convinced of the reality of his dreams that he had no qualms wandering around and telling people about them.  So you can imagine how he must have felt sitting in that pit, listening to his brothers haggle over the price they would take for him as a slave.  Or with each bathroom he cleaned in Potiphar’s house.  Or during the many years he languished in prison.  And then, twenty-two years after he first began to have visions of greatness, his dreams materialized.  Everything he had imagined, and so much more, was unfolding before his very eyes!

For a generation bred on instantaneous gratification, twenty-two years sounds like a lifetime.  We want success, and we want it now.  But overnight success is rarely a good thing in life.  If you achieve all your dreams by the time you turn eighteen, what more is there to strive for?  What more is there to live for?  And that’s why, tragically we see many young celebrities who end up destroying their beautiful lives.

And then there are other people who never achieve their dreams.  They spend their lives chasing and wishing.  And ultimately feeling empty and unfulfilled because they never saw their dreams come to fruition.  They reach the end of their lives feeling sorry for themselves, unable to figure out what went wrong.  Here’s what went wrong: they were so busy seeking instantaneous gratification and convincing themselves that they could achieve overnight success, that they never constructed a reasonable plan to arrive at the place of their dreams.

Achieving your dream life is a two-step process.  Step one is to dream big.  Picture where you’d like to be in life.  Step two is to build a strategy to get there.  Rabbi Levi suggests that your long-term plan be anywhere up to twenty-two years.

Where do you see yourself in twenty-two years’ time?  Do you have the patience to wait that long for your dreams to come to fruition?  And if you don’t, what’s a reasonable timeframe? Ten years? And if your dreams are indeed fulfilled within a decade, what happens next?  Do you have bigger dreams?  If you do, then why not dream those big dreams now?  What’s the time horizon on those big dreams?

Once you’ve established your ultimate dream life, you need to figure out the plan to get there.  The key is to work backwards.  If you know where you want to be in twenty-two years’ time, where do you need to be in fifteen years’ time to be on track?  How about in ten years, five years, two years?

That’s not an easy process.  Not all of us have the staying power of Yosef and the discipline to endure the pain and suffering while we wait for the big break.  And sometimes, the curveballs thrown at us can feel like our strategy to achieve our dreams has been derailed.  That’s how Yosef must have felt when he was sitting in jail, thinking it was all over.

The other reason it’s not easy is that very few people have the patience to delay their gratification for twenty-two years.  The solution is to have small dreams and big dreams.  Once you know your long-term dreams for your life and how you plan to get there, you can start to think about and plan for your shorter-term dreams.  Given where you see yourself in twenty-two years’ time, how would you like to see your life look in ten years’, five years’ and two years’ time?

Life expectancy is getting longer and longer, thank G-d.  You need dreams and a plan that will keep you feeling content and fulfilled for a very long time.  May Hashem fulfil your every dream and help you maintain patience and resilience along the way!
Posted by Rabbi Daniel Friedman at 1:41 AM