Let's Discuss it at the Committee 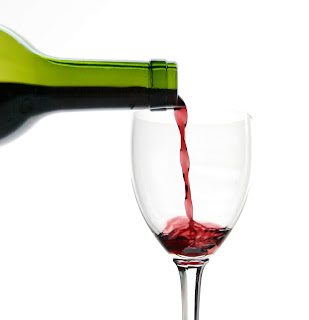 Our matriarch Sarah had just died and Avraham needed a burial plot for her, as quickly as possible.  Having received a tradition concerning the resting of place of Adam and Eve, he was determined to bury her in those hallowed grounds, the Cave of Machpelah.  By that time, our patriarch’s fame had spread far and wide, and so when he approached Ephron the Hittite, the plot’s owner, Ephron was only too happy to reach an agreement.

“A great person such as yourself, how could I take a penny?” said Ephron, “Please, it’s yours as a gift.”
“No, I insist on a bona fide purchase,” replied Avraham, “Give me your best price.”
“How about four hundred silver shekels?” was Ephron’s response, an exorbitant sum by anyone’s standards.

Ulla was once at the house of Rav Nacḥman. He ate bread, bentched, and gave the cup of blessing to Rav Nacḥman. Rav Nacḥman said to him, “Sir, would you please send the ‘kos shel bracha’ (cup of blessing) to (my wife) Yalta.”  He responded to him, “This is what Rabbi Yocḥanan said: The fruit of a woman’s insides is blessed from the fruit of the man’s insides, as it is stated: “and He will bless the fruit of your insides”.  ‘The fruit of her insides’ is not stated, but “the fruit of your insides.” (For a woman to be blessed, it is sufficient to give the cup to her husband).” When Yalta heard this, she stood up passionately, entered the wine-cellar, and broke four hundred barrels of wine.  Rav Nacḥman said, “Sir, would you please send her another cup.” Ulla sent Yalta a message saying, “All of the wine in this barrel is a blessing.”  She responded, “From itinerant preachers come words, and from rags come lice.”

The Midrash Eliyahu (BY) explains that Yalta broke the seals of the four hundred barrels and distributed the wine to poor people for the purposes of Kiddush and Havdallah.  Throughout the Torah, the number four hundred symbolizes disingenuousness.  For example, when Yaakov is on the way back to the land of Canaan, his brother, Esav, comes to ‘greet’ him, accompanied by four hundred men, armed for battle.  Esav pretends to approach Yaakov with graciousness and friendliness.  And yet our Sages perceive a lack of sincerity on the part of Esav, to the extent that the Torah contains dots over the word “and he kissed him.”  They explain that he was actually attempting to bite him, but his plot was foiled.

Similarly, when Hashem tells Avraham about the exile of his descendants into Egypt, He tells him they will be sojourners in a foreign land for four hundred years.  And indeed, while we were invited to Egypt as guests of Pharaoh, that generosity was short-lived.  Before long, all the niceties melted into slave labour.  And then, of course, returning to the story of Ephron, had he truly wanted to be generous with Avraham, he would not have charged him the exorbitant price of four hundred silver shekels.  His final offer demonstrated that his original offer to gift him the cave was far from sincere.

In each situation, we find an interaction where one of the parties offers airs of graciousness and munificence, but it ultimately becomes clear that they do not truly mean what they say.  Likewise, when the Gemara here refers to four hundred barrels, the meaning is deeper than the basic reading suggests.  Obviously, she didn’t go around with an axe, literally smashing four hundred barrels of wine!  The word used for barrels is ‘danei’, which is related to the Hebrew word ‘din’, meaning judgment.  The Midrash Eliyahu explains that Yalta broke the negative spiritual judgments against Rav Nachman and Ulla.  But what had they done wrong?

It is customary to bentch over a cup of wine, which is termed the ‘kos shel bracha.’  That cup is considered holy, and partaking of it is a special omen that brings blessing into one’s life.  Many families pass the kos shel bracha around, so that everyone can benefit from the cup’s unique powers.  You see this practice particularly at Sheva Brochos, after the bride and groom have had a sip from the two cups of blessing.

After Ulla and Rav Nachman had finished bentching, Yalta would have liked to partake of the kos shel bracha.  And so the two rabbis began to debate whether it was necessary for her to have some of the wine.  After all, since Rav Nachman had already taken a sip, why would Yalta need to drink?  If they were intrinsically bound together as husband and wife, all their blessings were already intertwined.  And so if he was blessed, she was automatically blessed!  It’s akin to the question of whether everyone on an aeroplane needs to recite Tefillas Haderech (The Traveller’s Prayer).  If the ship goes down, they all go down.  Therefore, presumably as long as one person had uttered the prayer, they would all be protected!  Likewise, if Rav Nachman was blessed, so was Yalta!

‘Actually, that’s all irrelevant,’ says Yalta, as she storms off in the direction of the wine-cellar.  ‘If you think that blessing is what happens in the Beis Medrash (study-hall), you learned men have missed the point.  I’ll show you how to transfer blessing.’  And with that, she distributes her husband’s entire wine collection to the poor.  Now that’s how you share your ‘cup of blessing’!

Yalta’s message to the rabbis was that if they truly cared about blessing, they wouldn’t be sitting there debating how blessing flows into the world.  They would become agents of Heaven’s blessing.  If you’re stuck in a dispute regarding the spiritual mechanism of the cup of blessing, while others are waiting desperately to receive their physical blessing of tangible sustenance, you’ve muted your power to be a conduit for Hashem’s blessing.

And that’s what she meant by her sharp message.  You can preach about blessing all you like, but it’s empty words unless you are able to bring tangible blessing into other people’s lives.  By the time you get around to distributing your blessings to those who need them, the food will be rotten and infested.

And here’s the bottom line: Once you turn on the tap of blessing, Hashem will turn on His tap of blessing.  You don’t lose blessing because you’ve distributed blessing.  It’s like the hot water tap in your kitchen: when you open the faucet and receive hot water, new cold water immediately enters from the other side and begins to warm up, and the entire time the tank remains full!

We are all engaged with bringing blessing into the world.  And every positive initiative requires planning and discussion.  But sometimes we find ourselves investing too much effort in the conversations about the charitable work, with little time and resources left to devote to the actual charitable endeavour.  We’re so worried that we’ll allocate the resources efficiently, but meanwhile, those who need the allocations are desperately waiting to receive the services already.   And we keep talking about the best way to distribute the blessing.  And talking.  And planning.  And debating.

We don’t say a bracha, we make a bracha.  Blessing means doing.  May you become a constant and unlimited source of blessing for all!
Posted by Rabbi Daniel Friedman at 5:26 PM