Building the Crown of a Good Name 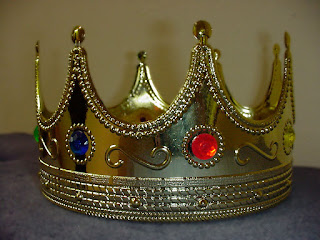 Following the sale of Yosef, the brothers began to feel resentment towards Yehuda, the primary instigator of the plan.  He finds himself separated from the family and he marries a local woman who bears him three sons.  He rears them as religious as he can in the new non-Hebrew environment he now calls home, but they end up disappointing him.  Eventually, he meets a righteous woman called Tamar and asks her to marry his firstborn, Er.  But Er behaves badly and dies.  His brother Onan follows in his wicked footsteps, and he suffers the same end.

According to the tradition of levirate marriage, a childless widow must marry her late husband’s next of kin to keep the family name alive.  (The Torah limits such unions to the brother.)  Seeing that her marriage to Onan was ill-fated, Yehuda delays the wedding of Tamar and his third son, Shaylo.
Feeling frustrated with Yehuda’s hesitation, and sensing that Yehuda is actually her ‘Mr. Right,’ Tamar disguises herself by the side of the road and is approached by Yehuda.  He pledges a goat to her, and offers his ring, coat and staff as collateral.  The next day, he sends his friend to recover his property but Tamar is nowhere to be found.

Three months later, a baby bump is showing.  Yehuda is furious at his daughter-in-law for her indiscretion, and she is condemned to execution.  As “she was taken out” to the proverbial gallows, she says, "From the man to whom these belong I am pregnant.  Praytell, whose ring, cloak, and staff are these?" Yehuda confesses to his sin and Tamar’s life is spared.
Here’s the question: Why did she wait until the eleventh hour to mention the collateral?

Rav Zutra bar Tuvia quoted Rav; some say Rav Chana bar Bizna quoted Rabbi Shimon Chasida; and others say Rabbi Yocḥanan was quoting Rabbi Shimon ben Yocḥai: It is preferable for a person to throw themselves into a fiery furnace rather than humiliate their fellow publicly. From where do we derive this?  From Tamar, as it says, “She was taken out . . .”

Can you imagine the shame Yehuda must have felt at that moment?  Not only had he fallen to the depths of sin, he was about to commit an innocent woman to death on account of his own iniquities!  Recognizing the humiliation that would be brought upon Yehuda if she were to tell the truth, Tamar concluded that it was better to sacrifice her own life than be the cause of his public shaming.

Such selflessness defies all logic.  Not only had he caused her suffering by withholding Shaylo from her, he was the guilty one who was sending her, the innocent one, to the gallows.  And yet, she was still willing to take the moral high ground and not ‘spill the beans’ on him.  Had she made a public declaration of her innocence and announced the identity of the father of her children, would anyone have dared criticize her?  Of course not.  Any normal person would certainly have spoken up in their own defence. But Tamar wasn’t just any normal person.  She was an extraordinary lady, possessed of the highest, most gracious, moral character.  If such an announcement would mean someone else would suffer shame, she would have none of it.

Tamar was innocent.  Tamar was on the verge of death.  And yet she kept quiet.  Lest she might cause Yehuda embarrassment.  The situations most of us encounter in life do not come anywhere near the level of Tamar’s ordeal.  And yet, we fail to match up to Tamar’s strength of character.

Why was Tamar prepared to go to such great lengths to avoid embarrassing Yehuda?  Because she thought about his reputation.  In her mind, death was an easier option than living with a ruined reputation.  He made one mistake, one error of judgment.  Did he really deserve a lifetime of anguish?  She could not allow herself to be the cause of that.

In Pirkei Avot, we learn, “Rabbi Shimon said, there are three crowns, the crown of Torah, the crown of priesthood, and the crown of kingship.  But the crown of a good name is superior to them all.”  It takes years to earn the crown of a good name.  Sadly, the crown can be snatched from its bearer far quicker.  Ruining a person’s reputation effectively means removing their good-name crown.  When one does so, one is taking away all those hard years of work from the person.  That’s really difficult to repay.  And that’s why Tamar couldn’t imagine being the cause of Yehuda’s shame.

We all deal with situations of potential embarrassment on a daily basis.  Some small, some big.  Some involve friends and neighbours, others might even involve our spouse and children.  We say something in jest without considering how it might make the other person feel on the inside.  We have to be sensitive to every individual and not assume that what doesn’t bother us won’t bother them.

Let’s find ways to build one another up.  If one should avoid public shaming, then the flipside is that we should seek opportunities to publicly praise the good work of others.  May you become a reputation builder for all who know you!
Posted by Rabbi Daniel Friedman at 2:10 AM