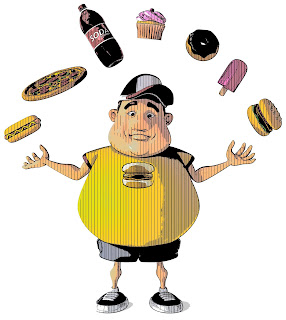 The Baal Shem Tov would travel around motivating people and inspiring them to improve their relationship with Heaven.  Whenever he would pass through Minsk, he would stay at the house of a hospitable young couple who always made him feel incredibly comfortable and at home.  He became such a regular at their place that they built him his own room in the loft.

The Minsker lady was a real balabusta (Jewish mother) and would cook up a storm for the holy man.  The Baal Shem Tov always thanked her graciously for the delicious meal.  It appeared, however, that she was giving him too large a portion, as he always seemed to leave some food over on his plate.  After a while, she decided that it would be prudent to make his portion a little smaller, which she did.

Strangely, however, this new portion was also too much for the holy man, and there were still leftovers on the side of his plate.  Figuring she was still overdoing it and not wishing to make him feel uncomfortable, she reduced the size of the portion once more.  And yet, there were still leftovers.  Each meal, she continued dropping the portion size until all she was serving him was a small morsel of bread and a parsley twig.  And yet, he still had leftovers!

At her wit’s end as to how much smaller she could go, she turned to the Baal Shem Tov’s shammes (right-hand man), Itzik, for guidance.  “Oy vey!” he exclaimed, upon hearing what had happened.  “My master never finishes his plate.  He considers it gluttonous to eat everything he has been served!”

Thank G-d, today we live in an unprecedented time of material prosperity when most of us are not sending our children to bed hungry.  We are able to eat to our heart’s content.  And then a little more.  Unfortunately, a downside of having an abundance of food is that we stop appreciating the amazing gift we’ve received from Above.

While we might not be on the level of the holy Baal Shem Tov, his pious behaviour is a powerful reminder that there’s no mitzvah to eat everything that our eyes behold.  Food should serve one of two purposes.  Either we consume in order to have the energy to live our lives to the fullest and be able to fulfil our mission on Earth with sufficient energy.  The other purpose of food is to enjoy and savour the delights of the Creator.  All too often today, we lust after food and end up eating way too much.  When that happens, neither purpose is achieved.  Not only does overeating decrease our energy levels, it also decreases our sensory appreciation.

I once quizzed some young people about the highlight of their mission to Israel.  The first responded about the life-changing experience she felt at the Western Wall.  The second was inspired by their sunrise climb up Masada.  And then a third fellow chimed in that his highlight was the Israeli breakfast they feasted on daily at the hotel.  “I’ve never seen so much food in my life,” he admitted, “I was exhausted from all that eating even before the day had begun!”  And anyone who has had an Israeli hotel breakfast can relate to his experience.  The quantity and variety of food just makes you want to go back for seconds, thirds, and fourths!

The Israeli breakfast is not unique in our gustatory lives.  Many of us aren’t prepared to walk away from the dinner table until we’ve eaten more than our fill.  And the second we start feeling a little peckish, it’s off to the fridge again.  Because G-d forbid, we might feel hungry for even a moment!

And let’s not get started on the way many Kiddush attendees give the impression that they’ve never seen food before.  It would seem that a ‘balanced’ diet is the term given to the challenge of placing so much on your plate that it’s a ‘balancing’ act just to successfully carry your food from the buffet to the table!

Do we really need to eat that much?  Not only is it not particularly healthy, it is also gluttonous.  The Gemara here cautions us not only against being gluttonous, but even appearing to be gluttonous.  One must limit one’s portion, Ravina teaches, in order to avoid any hint of gluttony.  Shabbos is the exception, but even then, the mitzvah is to derive additional pleasure from our food, not to stuff ourselves silly.

While there is no explicit law in the Torah forbidding gluttony, we are commanded, “You shall be holy.”  Nahmanides explains that this mitzvah instructs a person to “sanctify yourself with that which is permitted to you.”  Just because something is allowed doesn’t mean that we need to indulge.  Our Sages warn that many people find ways to be “detestable with the permission of the Torah.”  There’s no prohibition against overindulgence, but there’s no mitzvah either.

We are called a holy nation.  And we are called a nation of princes.  These two go hand in hand.  Being a holy nation means maintaining the etiquette and behaviour of royalty.  May you always think twice before throwing another layer on your plate at the Kiddush buffet!
Posted by Rabbi Daniel Friedman at 9:41 AM