Why is Life so Rotten? 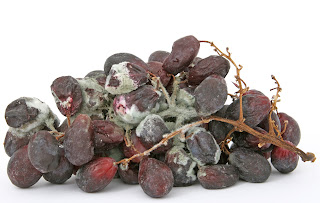 After being sold into slavery on account of his brothers’ enmity, Joseph is determined to do his very best to earn his master’s trust and win his freedom.  His service is stellar and Potiphar’s household prospers due to Joseph.  Potiphar’s wife, however, develops a liking to the servant lad.  One day, he enters the house and she is waiting alone, ready to entice him to sin.  He rejects her advances, and upon grasping on to his cloak, he departs in haste, leaving her holding his garment.  Potiphar later returns home, his wife accuses Joseph of impropriety, and he is thrown into jail.
He spends many years in the dungeon, feeling sorry for himself.  He’d done nothing wrong to warrant his sale to Egypt, let alone his prison sentence.  ‘Would he be there forever?’ he wondered.  At one point, it almost felt like he was going to be redeemed, when a friend of his was released; but, alas, his friend quickly forgot their relationship.  Unbeknownst to Joseph, however, not only was he to be released imminently, he would be elevated to the position of viceroy of Egypt, the second most powerful individual in the world!

Rabbi Tavi quoted Rabbi Yoshiah: What is the meaning of the verse, “These three things are never satiated: the grave, the entry to the womb . . .”  What is the connection between the grave and the womb?  The message is: Just like the womb admits and releases, similarly the grave admits and releases.  Listen to this a priori argument: If the womb admits quietly and releases with clamour, then presumably, the grave that admits with clamour will release with clamour.  This is a response to those who say there’s no evidence for the Resurrection of the Dead in the Torah.

Rabbi Leibush Malbim (C19 Poland) compares the connection between the womb and the grave to a seed in the ground.  When you plant a seed, first it must decompose.  Only then can it gain its nutrients from the earth, water, and sun, to grow into a beautiful plant.  Likewise, the seminal drop breaks down inside the womb, before developing into a beautiful human being.  The scriptural connection to the grave implies a similar process.  When a deceased individual descends to the grave, it appears as if they are decomposing.  We assume, therefore, that it is the end of the story.  In fact, it is simply the beginning of a process of renewal that will culminate in a beautiful newly resurrected human being – free of all illness and deficiency – who will rise again to greet the Messiah.

Sometimes, life can feel pretty rotten.  You might have experienced a financial catastrophe.  Or perhaps a major life relationship has come to a bitter end.  Or maybe even, like Joseph, a false allegation has been directed at you at work.  It feels like everything has broken down and there’s no hope.  How will you ever recover from the situation?  Will life ever be the same again?

Our Sages tells us that the night is darkest before the dawn.  Just like a seed needs to rot in the ground prior to becoming that beautiful tree, the hopelessness you’re feeling right now is just the darkest point before the dawn.  You are about to receive blessings beyond your wildest imagination!  Imagine telling a serious offender in prison that they’re about to be released and become the president.  They wouldn’t believe you in a million years.  And yet, that’s exactly what happened to Joseph!

The Almighty is about to put the pieces of your life back together in ways that you’ve never dreamed of.  Your financial situation will be greater than you ever thought possible.  Your relationship had to end so that you could meet the most amazing person, ready to spend the rest of their life with you.  That false accusation will only demonstrate how trustworthy an employee you are, paving the way to rapid promotions throughout your career.  May you never lose hope, maintain your faith and dignity, and, most importantly, the patience to wait for that beautiful tree to sprout forth from the earth!
Posted by Rabbi Daniel Friedman at 1:36 AM