Why does the Rabbi face the congregation? 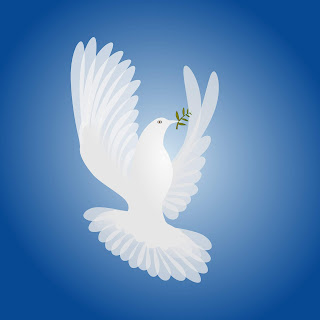 “Forget that she sometimes wore a diamond crown and that I’d flown to London on the presidential jet; we were just two tired ladies oppressed by our shoes. I then did what’s instinctive to me anytime I feel connected to a new person, which is to express my feelings outwardly. . . I couldn’t have known it in the moment, but I was committing what would be deemed an epic faux pas.”

A decade or so ago, President Obama and the First Lady paid a visit to the Queen at Buckingham Palace.  Upon meeting Her Majesty, Mrs. Obama threw her arms around the monarch in a welcoming embrace.  The tabloids were horrified.  In Britain, it is well known that one may not extend one’s hand to a member of the royal household unless they do so, let alone touch them in any more intimate a manner.  Indeed, protocols and norms dictate how the Queen may be addressed and one must wait for her to initiate a greeting.  The initial response must be ‘Your Majesty,’ and subsequently, she should be called, ‘Ma’am’.

Jewish tradition accords honour to various categories of leaders.  The Prophet Jeremiah (2:8) speaks of priests, shepherds (kings), prophets, and Torah teachers, a clear example of the Torah’s traditional belief in the separation of powers.  No human being is infallible and leadership of the community is never invested in one group or individual.  Nevertheless, all of these holy leaders must be treated with the utmost respect and reverence, for the Divine presence has been manifested in them.  What makes our tradition so special is that while many of these leadership categories are either inherited or Divinely-inspired, Torah leadership is attainable for every individual, regardless of their family status or upbringing.

How must one act towards Torah leaders?  “A person should never pray alongside his rabbi,” which is why most synagogues have a dedicated space for the rabbi.  The actual meaning of the Gemara is that, in recognition of the Torah accomplishments of the rabbi, he is not just ‘one of the guys.’  Rashi explains that praying alongside is an expression connoting the treatment of the rabbi as an equal.  Throughout all interactions, one must behave with appropriate reverence.

At the same time, however, one may not “pray behind his rabbi”.  Tosfos suggests that praying behind the rabbi might offer the appearance that one is bowing down to the rabbi.  The meaning of these cautionary words is that, while one must have due reverence for the rabbi, it must not reach a level of deification.  Only G-d is Divine.  The rabbi is a human being, capable of making mistakes.

Why does Rabbi Eliezer limit our exchanges of greetings with the rabbi?  The Pnei Yehoshua offers a reason more profound than mere comparisons to royal protocol.  In Hebrew a greeting is ‘Shalom’, meaning ‘peace,’ and it is also one of the names of Hashem.  The Talmud teaches that “Torah scholars increase peace in the world.”  Through the power of Torah, one is able to draw down Divine energy into this physical world.  In fact, that’s the reason why in most synagogues, the rabbi faces the congregation.  While the congregation look into their siddurim (prayer-books), he looks at his “siddur” – the holy and cherished people sitting before him in the pews – to construct his prayers around their needs.  His role is to focus on each individual and pray for their shalom, their welfare, health, and prosperity in every aspect of their lives.

For someone less versed in Torah, it would be hubris to initiate an offering of ‘shalom’ to a practitioner of shalom.  It would be like offering medical advice to a doctor.   Once one has received the blessing of shalom, however, one may respond with appropriate reverence, says Rabbi Eliezer.

Rabbi Eliezer’s latter two issues deal with the flow of ‘shalom’ that one would not want to interrupt.  It’s one thing to respectfully ask a question of the rabbi.  It’s quite another to challenge his authority.  He is the conduit for shalom in the world.  He works hard to maintain the constant flow of Divine energy through the veins of the universe.  Who would want to disrupt that flow in their lives?  Who would want the Divine presence to depart from their world?

Likewise, misquoting the shalom professional is as perilous as misquoting other professionals.  To continue our earlier analogy, let’s say the doctor told you to give your child three pills a day.  Thinking you know better, you tell your spouse that the doctor said ten pills.  Your conceit, G-d forbid, could have dangerous consequences for your child’s health.  In a similar manner, one must be very careful to follow the spiritual advice of the rabbi, to ensure that the Divine energy flows unabated.

There was a time in history when our tradition was referred to as Rabbinic Judaism.  We are the heirs to those Jews who recognized the centrality of the role of our rabbis in Judaism.  They are the arbiters of Halacha (law), they are the conveyors of the Torah from generation to generation, and they are the ‘peacemakers’ who strive to increase shalom in the world.  May you always be a supporter, and never a detractor, and may you merit a never-ending flow of Divine energy, translating into blessings of health, prosperity, and eternal nachas!
Posted by Rabbi Daniel Friedman at 12:53 PM