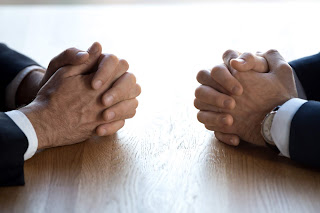 There were troublemakers in Rabbi Meir’s neighborhood who caused him a great deal of distress. Rabbi Meir prayed that they should die.
His wife, Bruriah, said to him, ‘What are you thinking? Do you base yourself on the verse that states, “Let sins cease from the land”?  Does it say “sinners”?  It says, “sins”!  Go to the end of the verse, where it states, “And the wicked will be no more.” Once sins cease, then the wicked will be no more!  Pray for mercy for them that they should repent and that they shall no longer be wicked!’
He prayed for mercy for them, and they repented.

Rabbi Meir was one of the greatest rabbis of the Mishnaic period.  In fact, anytime we find an anonymous Mishnah, we attribute the opinion to Rabbi Meir!  He was known as a miracle-worker who once stopped a Roman execution with his mystical powers.  Incredibly, till today, his extraordinary righteousness is cited as a segula (omen) that assists with the cure of various afflictions, including the recovery of lost property!

What issues could these troublemakers have had with the holy and great Rabbi Meir?  Why would they have sought to distress him?  He was such a righteous individual!

The answer is that they gave him problems precisely because of his elevated stature.  These people were ne’er-do-wells who were insecure and uncomfortable in their own skin.  And so instead of taking responsibility for their own inadequacies, they shifted their negativity to Rabbi Meir.

Bruriah’s message to her husband was: Don’t take it personally.  They’re the ones with the problem.  Don’t stoop to their level by fighting fire with fire.  Instead, have pity upon them and their unsuccessful lives.  Once you recognize that they are to be pitied, you will realize that the solution is to pray for them!

If you’ve achieved success in life, you will know that, sadly, success breeds enmity.  If you’re doing the right thing and prospering, there will be difficult people in life who try to cut you down.  It’s tempting to hope for their failure or demise.  If only they would just disappear!

But stop for a moment and ask yourself why they’re so obsessed with your success and why they can’t just focus on their own lives.  Sometimes we pat ourselves on the back and tell ourselves that we’re more deserving than others.  After all, you’ve worked hard to get to where you are today!
But is that 100% true? Perhaps you’ve simply been blessed from Above? Maybe they haven’t had the same opportunities as you?  Maybe Heaven blessed you with a greater IQ or a stronger sense of willpower, motivation and determination?

If Hashem were to grant them the same opportunities and character traits, maybe they’d be even more successful! Bruriah wasn’t suggesting that Rabbi Meir pray that Heaven remove their free will to sin; that’s contrary to the Almighty’s plan for us in this world.  What she wanted her husband to understand was that they were jealous because they weren’t as accomplished as him.  And that was only partly their fault.  If Rabbi Meir could pray that the impediments to their success were removed, they might very well thrive and have no reason to be bothered by his achievements!

The Torah states that Moshe Rabbeinu was the “humblest man on the face of the Earth.” How could that be?  Didn’t he know that he took the Israelites out of Egypt?  That he spoke to Hashem directly?  That he received the Torah on Mt. Sinai?  Of course he did.  But he said to himself: I was merely blessed with unparalleled opportunities in life.  Had anyone else received those blessings of opportunity, maybe they would have achieved even more!

When others are jealous of your success, don’t let it get to you.  Rather, pray for their success!  If they were successful, they wouldn’t feel the need or have the time to give you problems!  May Hashem grant you and all those around you abundant opportunities for material and spiritual prosperity and greatness!
Posted by Rabbi Daniel Friedman at 8:52 AM