Torah is not Academic Study 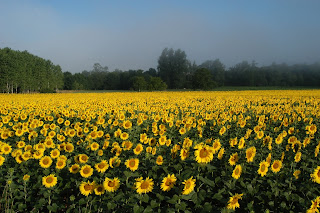 Four great Sages decided to enter the perilous ‘field’ of Kabbalah, the esoteric teachings of the Torah.  The results, sadly, were calamitous.  Ben Azzai had a heart attack.  Ben Zoma spent the remainder of his life struggling with mental health issues.  Elisha ben Avuya forsook his Jewish observance.  Only Rabbi Akiva survived the experience peacefully, continuing on in his rabbinic leadership role.
What is so dangerous about the study of Kabbalah that led to such tragic consequences?

What distinguishes Torah learning from other areas of study?  The purpose of academic enquiry is to advance wisdom and understanding.  The more critically one reads worldly scholarship, the greater the likelihood that knowledge will progress and expand, which is the ultimate goal.  Thus, when examining secular wisdom, we are trained and encouraged not to take anything we learn at face value.  Everything must be assessed and reassessed, tested and retested.  The more we question our previous assumptions and experiment with new ways of looking at previously-held axiomatic beliefs, the smarter we become as a human race.

Torah is qualitatively different to all other scholarly fields.  The Torah is Divine wisdom.  Therefore, the Torah is perfect.  It requires no advancement at the hands and minds of mortal man.  To question and criticize the Torah is to be critical of perfection.

That’s the meaning of the Gemara.  When we approach Torah study, we must approach with the same apprehension we felt when we received the Torah originally at Mt. Sinai.  We were completely overwhelmed by awe, fear, trepidation, and trembling.  Awe is the feeling of encountering something so much greater than ourselves.  Fear is the concern that we will mess up in our interaction.  Trepidation means humility, the acknowledgement that we are dealing with a power way beyond our own.  And trembling is the physiological response to internalizing how awesome is the task in which we are engaged.

Imagine you’ve been invited to an affair at Buckingham Palace.  Or you’ve found yourself on the red carpet at a world premiere event. Every step, every move, every word, you approach with the utmost awe, fear, trepidation, and trembling.  This is not the kind of fear we associate with medieval royalty, where acting out of line meant being sent to the gallows.  True awe is the simple desire to do the right thing and not behave in a manner inappropriate to the occasion.

That’s the feeling a person needs to have when one approaches Torah learning.  The Almighty isn’t a vengeful G-d who wants us to be afraid of Him, lest He strike us down.  He loves His children more than we could ever imagine!  And so, afraid, no, but reverent, yes.  When we sit down to study His wisdom, we must begin from a place of immense respect and awe.  We have been granted the opportunity to hear the word of G-d.  And the word of G-d is perfect.

The word of G-d refers, of course, to both the Written Law and the Oral Law.  Both the Tanach (Bible) and the Talmud contain ideas and concepts which, at first glance, might appear to be incompatible with our modern sensibilities.  It’s tempting to conclude that you know better.  But if that’s your attitude, then other fields of study might be a more suitable use of your time.

It all comes down to perspective.  It’s easy to dismiss the material as antiquated and out of touch.  If you’ve already invested the time to open up a page of the Talmud, then it’s worth making the effort to understand the meaning of the challenging passage you’ve encountered.  Proper Torah learning demands the awe, fear, trepidation, and trembling that will bring you to G-d’s wisdom.

Rabbi Akiva’s colleagues understood this.  Their Torah learning was so intense and personal that it provoked a physiological response.  In their case, the material was so overwhelming that their responses were extreme.  Following that tragic day, the Rabbis decided that people should not endeavour to learn the hidden dimension of Torah without proper guidance. And that it would be reserved for a select few in every generation.  That’s how it became known as Kabbalah, which means the ‘received’ tradition.  Prior to that point, the esoteric part of the Torah was called Pardes – ‘The Field’ (or, more precisely, the Orchard), and Kabbalah referred generally to all Talmudic (Oral tradition) teachings.  While the study of ‘Kabbalah’ became forbidden outside the framework of a select few individual teacher-student relationships, the rest of the Oral tradition remains accessible to all who wish to learn.  Nevertheless, the starting point must always be an attitude of deep reverence, the likes of which many people are unable to maintain without a learned guide.

Without the correct equipment and attitude, Torah study may be a perilous pursuit.  Academic perusal of Tanach and Gemara might be interesting, but if it’s pure speculation that’s motivating you, there are other books to explore.  May you approach your Torah learning with the same awe, fear, trepidation, and trembling, as we all felt when we received the Written Law and Oral Law standing at the foot of Mt. Sinai!
Posted by Rabbi Daniel Friedman at 4:22 AM