To Make the Major League, First Survive the Minors 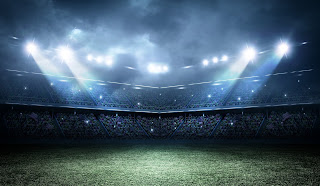 The great Israeli leader, Natan Sharansky, grew up in the Soviet Union knowing very little about his Judaism.  Following Israel’s miraculous victory in the Six Day War, his neshama began to learn more and he yearned to make aliya.  Learning of his plans, his employer fired him but that only strengthened his resolve.  Natan began organizing pro-Israel demonstrations and was imprisoned for his activities.  He spent the better part of two decades behind bars, much of which was in solitary confinement.
But no matter how hard the Soviets worked to break his spirit, the experience only made him stronger.  His most treasured possession was a Book of Tehillim, given to him by his wife, Avital.  He recited the chapters of Psalms over and over and his faith grew ever more powerful.  At the same time, he never allowed his mind to go stale; an avid chess player, he played thousands of games in his mind, never losing a tournament!
Upon his release and ascent to Israel, he became an important leader of world Jewry, statesman, author, and advocate. One of our generation’s most inspiring figures, Natan Sharansky will forever be etched in the history of the Jewish people.

The Torah states [Shemos 3:14]: And Moshe said to Hashem: Behold, when I come to the Children of Israel, and shall say to them, “The God of your fathers has sent me to you; and they shall say to me, ‘What is His name?’ what shall I say to them?”
And Hashem said to Moshe, “I shall be as I shall be.” And He said, “Thus shall you say to the Children of Israel, ‘I shall be sent me to you.’”
Gemara: “I shall be as I shall be” – The Holy One blessed be He said to Moshe, ‘Go tell the Children of Israel: I have been with them throughout this captivity and I shall likewise be with them throughout the captivities of future regimes.’
Moshe replied, ‘Master of the universe, it is more than enough for them to have to deal with the problems when the time comes!’
Rashi explains: Why worry them now with bad news about the future?

Imagine young Natan Sharansky had been shown a video of his life.  Do you think he’d have agreed to it?  My guess is he would have said, ‘Thank you, but no thank you.  I’m happy being regular Joe-citizen Anatoly Sharansky.  Sure, I’d love to be an international Jewish hero, but if it means I need to sit in solitary confinement in the gulag for years, forget about it.  I think I’ll skip it.’

And that’s why he was never presented with the offer.  Most of the challenges we endure in life, we’d pass on if we were given the choice.

But the Almighty placed you here to become stronger and ever more powerful.  Every challenge, every difficulty in life that you overcome fortifies your mind and soul.  If you want to accomplish great things in this world, you need to demonstrate that you have the strength of character of a leader.

That power doesn’t just happen.  Great leaders don’t just happen to be in the right place at the right time.  To place someone into a position of great responsibility without the prior strength training would simply set them up for failure.

We’d all love to experience the glory of being there under the stadium lights as a professional football player.  But without years of training, you’d be trampled in a second!  It’s the same way with any position of greatness in life. If you haven’t undergone the prior preparation, you just won’t be able to handle it!

We all experience challenges in life.  Sometimes they’re related to our livelihood.  Sometimes they’re related to health matters.  Other times we deal with relationship issues.  Let’s say five years ago I told you about the challenges you would face and asked you if you wanted them in your life.  What would you have said?  Of course you would have refused.  But now that the challenging period has passed, you realize that you actually handled it pretty well, right?  You’re now stronger, wiser, less fazed by the vicissitudes of life.  With each trial Heaven sends your way, you climb ever closer to that moment of greatness.  Demonstrate to the Almighty that you can handle the minor league challenges today, and He’ll know that you’re ready for the major leagues tomorrow!

Maybe you’re in a position of communal leadership, say, a volunteer board position. Or perhaps you’ve been promoted to a low-level management position in your company.  But all of a sudden, you hear that people are talking about you. Do you let it get to you?  Do you say, ‘That’s it, I quit, they don’t appreciate me’? Or do you forge ahead and let the comments flow away like ‘water off a duck’s back’?  Show Heaven today that you are able to rise above the ‘little critics’ and you’ll be ready tomorrow to handle the major roles of leadership!

We’re here in this world to be challenged and overcome our challenges.  The more successful you are at proving yourself, the more you demonstrate to the Almighty that are you truly ready for greatness. May you merit mastering the rocky path to greatness very quickly!
Posted by Rabbi Daniel Friedman at 10:21 AM