Tips to Win the Game Show of Life 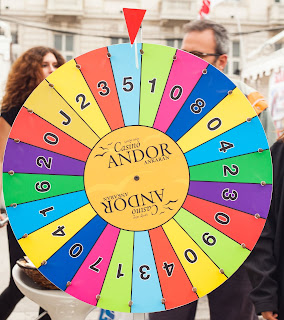 After 210 years in slavery, the Children of Israel are preparing to leave.  So far, Heaven has sent nine plagues to strike the Egyptians.  Moshe is told by Hashem to go to Pharaoh and inform him that at midnight, He will smite every first-born.

Off he goes to the palace and appears before Pharaoh.  With a fierce wave of his staff, Moshe warns the king: ‘At approximately midnight, G-d will smite every first-born in the land!’

Rabbi Zeira taught: Moshe indeed knew the exact time of midnight.  If so, why did he say “at approximately midnight”? Moshe was concerned that the astrologers of Pharaoh would err with the timing and declare Moshe a liar.
As the teaching goes: One should accustom oneself to respond ‘I don’t know,’ lest others ensnare you in allegations of deceit.

In life, there are many situations when it’s helpful to be knowledgeable.  Whether it’s at work or with your kids, knowledge is power.  It’s a nice feeling when you know all the answers to people’s questions.

But as any game-show participant will tell you, the gravy train eventually runs out somewhere.  Because nobody knows everything.  And unless you’re on the game-show, it’s okay to say, ‘I don’t know.’

Some people know everything about everything.  Until they don’t.  But, not to worry, whatever they don’t know, they can just make up.  Who’ll know the difference?  Until one day, they’re caught out, having offered ‘facts’ that don’t even come close to reality.

True people don’t need to prove anything to anyone.  They’re happier to listen to others than to show off their knowledge.  Such people realise that it’s okay not to know everything.  Nobody knows everything.  Those who are humble about their knowledge are often the ones who know the most.  In most cases, those who ‘know-it-all’ know very little and do a lot of talking to cover up their general ignorance.

Here, Rabbi Zeira takes it a step further.  Instead of your default position being one of knowing the answers until you’re stumped, how about training yourself to a new default, one that assumes an ‘I don’t know’ position?

How does that work?  Doesn’t that make you look foolish?  Not in Moshe’s opinion.  He preferred to appear unsure of himself, rather than be accused of being anything less than 100% honest.

Rav Joseph B. Soloveitchik says that a rabbi should never answer a shayla (halachic query) immediately.  Instead, he should say ‘I don’t know’ and tell the questioner that he will look up the answer.  He offers two reasons for this approach.  Firstly, the Talmud warns a student against responding to a halachic query in the presence of his teacher without consulting with him, as it is considered disrespectful.  Nowadays, explains Rav Soloveitchik, most ‘students’ have derived the bulk of their Torah knowledge from sefarim (holy books).  Therefore, the sefarim are considered one’s teacher.  As a consequence, responding to a shayla without consulting with the sefarim is akin to paskening (deciding the halacha) before one’s teacher without consultation!

The second reason that a rabbi should respond ‘I don’t know, let me get back to you’ is that if he were to respond immediately, the questioner might assume that it was too basic a question.  As a result, he may avoid asking questions in the future for fear that he is posing overly-simple queries.  When the rabbi responds that even he doesn’t know the answer, it inspires confidence in the questioner that his query is a really good question!  In the future, he will not hesitate to ask, thereby furthering his knowledge and halachic practice!

And if that’s true of rabbis who are well-versed in halachic matters, it should give us all pause next time we rush to demonstrate our halachic or other knowledge!  It’s okay to think about it overnight.  Smart people have nothing to prove.  They know that a little contemplation goes a long way.

The wiser you are, the easier you find it to say ‘I don’t know.’  You don’t need to have all the answers immediately.  May you always respond with humility and take the time to investigate the facts and contemplate the truth, without feeling the need to pretend you know it all!
Posted by Rabbi Daniel Friedman at 9:49 AM