My wife's leg hurts us 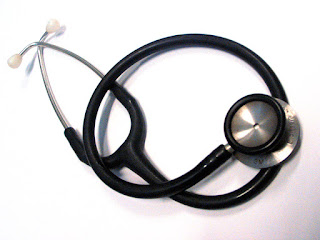 The Steipler Gaon, Rabbi Yaakov Yisroel Kanievsky, and his rebbetzin once entered a doctor’s surgery.
“What’s the problem?” inquired the physician.
“My wife’s leg hurts us,” replied the Gaon.
“Your wife’s leg hurts you?” asked the doctor, a little confused.
“Yes, indeed,” confirmed the Gaon, “her leg hurts us.”

Rav Yosef the son of Rav Nehunia asked Rav Yehuda: If two people were lying in a bed, may one turn towards the other direction and recite the Shema while the other likewise turns away and recites the Shema? He responded: This is what Shmuel taught: One may recite the Shema even if his wife is with him.  Rav Yosef asked: By ‘even his wife,’ do you mean to say, and obviously anyone else?  That’s not a valid conclusion.  For one’s wife is like one’s own body!

According to the Zohar (3:7), before one is married, one’s soul is incomplete.  The Arizal (Gen.15) explains that this Kabbalistic concept is based upon Rav Yosef’s teaching here. “One’s wife is like one’s own body.”  Since one lacks certain male or female physiological aspects, prior to marriage, not only is the soul incomplete, but the body is similarly incomplete.  Upon marriage, one becomes complete in body and soul.

When your spouse has had a tough day, it’s not enough just to let them vent to you.  If they’re in pain, you should be feeling their pain.  When that happens, that’s when you know you’re truly in love.  If you can’t bear to see them in pain, because it hurts you too much, you’ve become one body and one soul.

It goes without saying that you never want to be the cause of that pain.  In any relationship, there are bound to be disagreements.  You’re not going to agree with everything your spouse says.  The challenge is to figure out how to work through the differences of opinion and understanding, without making them feel disparaged or disrespected in any way.  If you sense that they’ve been offended by anything you’ve said or done, you should immediately be feeling their pain, and doing everything you can to make amends and alleviate their suffering.

Commenting on why revenge never makes sense, the Jerusalem Talmud (Nedarim 30b) offers the following analogy:  Let’s say you were cutting a piece of meat.  The knife was in your right hand and the meat in your left.  Suddenly the knife slips and you cut your left hand.  Would your left hand now pick up the knife and take revenge on the right hand?  Of course not.  They’re one and the same body!  Likewise, if the Jewish people are one body, it would be irrational to hurt someone else in revenge for any pain they might have inflicted upon you, whether intentionally or unintentionally.

The Talmud is talking about a very high level of human interaction, whereby you view everyone around you as part of the same body.  Any pain they feel, you feel.  Needless to say, with that attitude, you would never seek to be the agent that causes their pain.  How much more so, then, in our discussion around the marriage of two halves of a soul, must one be so careful not to be the cause of any pain.  And one must go to the greatest lengths to help alleviate any agony they might be feeling.

Your spouse is a part of yourself.  If they’re in pain, you should feel their pain.  May you dedicate yourself to alleviating any stress, psychological agony, or physical pain they may be experiencing!
Posted by Rabbi Daniel Friedman at 9:00 AM