Mental Health Issues in the Community 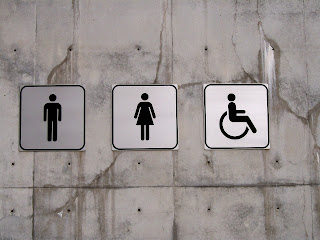 Yankel was once walking home from yeshiva.  Needing to relieve himself, he placed his tefillin in a hole in the wall close to the public thoroughfare.  All of a sudden, while he was facing the other way, a harlot came along and pinched the tefillin.  The next day, she walked into the Beis Medrash (study-hall) and announced, “Look what Yankel gave me as payment!”  Imagine the rumours that began to circulate around the yeshiva about the poor young man.  Unable to take it anymore, he went up to the top floor of the building and fell to his death.

All this young man was guilty of was relieving himself and leaving his tefillin outside the restroom.  And before he knew it, the entire yeshiva was talking about him.  Nobody wanted to sit with him in the lunchroom.  People crossed to the other side of the hallway when they spotted him approaching.  His shidduch prospects were destroyed.  And some of the bachurim (yeshiva boys) had started a petition that he be expelled from the yeshiva.

Long before modern society became aware of the prevalence of mental health concerns, our Sages were attuned to the matter.  Tefillin are holy and should not be brought into the bathroom.  But Beis Hillel and Rabbi Akiva were concerned not just for theft, but for the – somewhat far-fetched –ramifications that might arise from missing tefillin.

But that’s how concerned we must be about mental health matters.  We can’t just assume that since we would not react adversely in a certain situation, then Yankel must be over-sensitive and overreacting.  True, most people wouldn’t commit suicide in the same situation.  But people with a certain mental state might be pushed to do so.  And the Rabbis decided to ‘relax’ our otherwise-stringent attitude towards sullying the holiness of our tefillin.  In this case, they determined that it would be better to disrespect the tefillin than cause potential loss of human life.

When we see someone being bullied in the schoolyard, workplace, or online, we may not ‘stand idly by’.  Even if we’re not the ones participating actively in the bullying, if we, so much as, believe the rumours, we are aiding and abetting the tail-bearers.  Most of us assume that ‘where there’s fire, there’s smoke.’  Our Sages caution us against such assumptions.

It’s vital that we remove any suspicion of wrongdoing from our minds unless we have first-hand information that we are required to act upon.  And whether the stories are true or not, we must be vigilant in our efforts to stand up for vulnerable individuals who are being harassed by those who think they’re somehow better than them.

Nobody deserves to be bullied.  And nobody ever knows how much the negative energy is affecting them.  If they’re dealing with mental health vulnerabilities, a little bit of bad publicity might be enough to push them over the edge, G-d forbid.  If you know of anyone who is being bullied for any reason whatsoever, true or not, you have a duty to do whatever you can to stand up to their tormentors.

Mental health issues are real and must be addressed.  Our Sages were willing to design halacha (Jewish law) based upon the need to protect the vulnerable members of society.  May you be ever-vigilant and stand up for those who are unable to stand up for themselves!
Posted by Rabbi Daniel Friedman at 2:02 PM