How to become a heretic 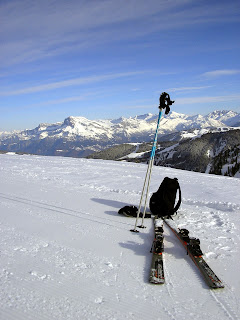 The Maccabees were victorious in their battle against the Greeks.  Not only did they manage to drive out the oppressive regime, but they were able to awaken a Jewish cultural revival.  Their brethren rededicated themselves to traditional practice and there was a general feeling of both physical and spiritual tranquillity in the Land of Israel.

But, alas, it was not to last.  The patriarch of the Chanukah story, Matisyahu, had a grandson by the name of Yochanan, who inherited the High Priesthood.  A devout Jew and a dedicated leader of our people, he was one of the longest-serving High Priests.  Sadly, however, towards the end of his life, his religious observance took a nosedive.  What began with a little curious exploration ended with our beloved leader becoming lax in attitude and behaviour towards traditional Torah Judaism (Imrei Noam).

Do not believe in yourself until the day you die.  For the High Priest Yochanan served as Kohen Gadol (High Priest) for eighty years, and in the end, he became a Sadducee (heretic).

The Ohr Yechezkel explains how it is possible to stray after years of righteousness.  Most people believe that once a person has habituated themselves to a life of Torah and mitzvos and is secure in their observance, they can sit back and take things easy.  Now that their course is set, they can switch on cruise control for the rest of their lives.  That’s not the case.  As long as an individual is on this Earth, there are two paths before him.  The freedom to choose is a lifelong gift from Above.

In many ways, the path of tradition becomes the more natural, obvious choice.  After all, for an individual who has established himself and his household in a certain way of life, it would be disruptive to the entire family to reconsider the options.  Nevertheless, the options are always there.  And free choice must always exist in equilibrium, which means that as easy as it may feel to continue along a certain path, the temptation to experiment with the alternatives must be equally viable.

The simpler it might feel to avoid rocking the boat and to sail smoothly down the river you chose decades earlier, the more on guard you must be for dangerous undercurrents lurking beneath the surface.  The yetzer hara (inner tempter) is always looking for ways to keep those two paths equal.  Sometimes he tries convincing you that, at this stage of your life, the children have all grown up and are leading the lifestyle you chose for them. What harm then could there be in you doing your own thing?

Or he tries to boredom approach.  If you’re wondering why you’re feeling uninspired and tired of religious practice, it’s the power of the tempter endeavouring to dampen your lifelong love of Judaism.  It’s perfectly normal to feel bored with your Judaism after doing the same thing for years and years.  The challenge is to find ways to constantly reinspire yourself, by discovering new Jewish texts to explore, and by never resting on your laurels with regards to Jewish knowledge and practice.

Judaism is like walking up a mountain on skis.  If you stop climbing for a moment, you will start to slide backwards.  There’s no stopping to rest.  If you’re not moving forwards, you’ll quickly start reversing.

A simple demonstration of the truth of this idea is the concept of Torah knowledge.  Think about something you learned last week.  Hopefully, it’s still pretty clear in your mind.  Now, think about something you learned ten years ago.  Not very clear, right?  With each passing day, you’re gradually forgetting what you learned in the past.  And so every day you fail to advance your Jewish knowledge, it’s regressing.  If you haven’t learned a new pearl of Torah wisdom today, you haven’t remained static in your Judaism, you’ve inevitably slipped backwards down the spiritual mountain.

That might not hurt so much when it happens for a day or two, or even a week or two, but if you continue in that mode for weeks, months, and years on end, the consequences can be devastating.  When you think about it like that, it’s no wonder you’re starting to feel distant from, and uninspired by, your Judaism.  It will inevitably begin to dry up and feel stale when we don’t engage with it in any serious way for a considerable period of time.

Yochanan wasn’t a bad person.  He merely fell into the trap of doing Judaism by rote.  That’s what happens after years of doing the same ‘old’ Temple service day-in day-out.  After a while, even the most righteous individual is guaranteed to get tired and grow bored of what they’re doing.  It doesn’t take any effort to become a heretic, it just eventually happens, when you allow your Judaism to slide backwards for a long enough period of time.

It takes a lot of effort to constantly seek new, fresh and exciting aspects of Judaism to discover.  But as long as you’re here on Earth, it means that the Almighty is challenging you and wants you to challenge yourself.  May you never stop growing in your Judaism!

Posted by Rabbi Daniel Friedman at 2:07 AM