God Hurts those He Loves the Most 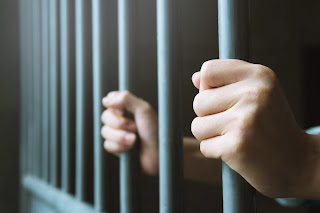 Rabbi Chiya bar Abba was ill.  Rabbi Yochanan went to visit him.
He asked him, “Do you appreciate Divine affliction?”
He responded, “I don’t want it or its accompanying reward!”
“Then give me your hand,” said Rabbi Yochanan.  Rabbi Chiya gave him his hand and he healed him.

Rava taught in the name of Rav Sechora in the name of Rav Huna: Any person that the Holy One blessed be He loves, He strikes with afflictions, as it says, “And the one whom G-d loves, He struck with sickness.”
I might think that one continues to be afflicted even if one does not accept the afflictions lovingly.  Therefore, the verse continues, “If his soul accepts asham,” meaning, just like an asham (guilt) sacrifice must be offered willingly, so too must afflictions be accepted willingly.
And if he accepts the afflictions, what is his reward? He will see offspring and merit long days. Furthermore, he will remember his learning well, as the verse concludes, “and the desire of Hashem will succeed in his hand.”

The greatest question facing any religious person is the matter of theodicy: Why do bad things happen to good people?  How could a good G-d allow the righteous to suffer?  No mortal human being has ever managed a satisfactory answer to this question, despite many a lifetime of attempts to do so.  Even Moses stood atop Mt. Sinai and pleaded with G-d to elucidate His ways, but to no avail. “You shall see My back,” replied the Almighty, “but My face you shall not see.  For no man can see My face and live.”  Human beings cannot fathom the ‘face’ of G-d – we do not see the big picture and can never fully appreciate His ways.

Rava explains that one reason that the righteous suffer is on account of their righteousness!  The Holy One blessed be He afflicts those whom He is particularly fond of.   But that is illogical!  If He loves you, why would He want you to suffer?

Let us take a step back and ask why we are here on Earth.  Before you came down, your soul was enjoying life up in Heaven, basking in the rays of the Shechina (Divine presence).  One day, an angel entered and announced, ‘Who wants to go down there?’ pointing to the physical world.  And just like you’d done time and again, you hid from his gaze, hoping he would pick some other poor soul to descend from heavenly bliss.  But one day, the time of your mission arrived.  And so down to Earth you went.

Why were you sent here?  Each of us is here for seventy, eighty, one hundred twenty years, and then we head back up to Heaven.  Is that not a futile exercise?  If we are eventually going back to where we came from, why bother coming down to begin with?

When Joseph was in the Egyptian prison, he met a baker and a butler.  Having successfully interpreted his dream of redemption, Joseph asked the butler to remember him and help secure his freedom.  After all, he’d been sent to jail for no reason.  Our Sages teach that, as a result of his reliance on mortal assistance and his lack of faith that G-d would redeem him, it was decreed that he remain in jail a further two years.  But where was his lack of faith? Surely it did not make sense for him to sit around waiting for a miracle to happen –  wasn’t it wise and responsible of him to ask the butler to assist?

Rabbi Meir Simcha of Dvinsk explains that Joseph’s lack of faith wasn’t at the moment of his request, but over the preceding number of years.  If Hashem had him incarcerated, it was most certainly for a good reason.  In this case, explains Rabbi Meir Simcha, Joseph was placed in the royal prison so that he could learn the mannerisms of royalty from the other prisoners.  He was living in the dungeon alongside the ‘crème de la creminals’ of Egypt! The Almighty had positioned him there, because he was about to be elevated to the role of viceroy of Egypt.  Had he not lived amongst cultured Egyptians, he would not have succeeded in his new stage of life!  Joseph’s failing was his assumption that he was languishing in prison erroneously, when in fact G-d had placed him there as an act of Divine love and care!

Every trial and challenge Hashem sends our way, He does so to make us stronger, physically and spiritually, both in this world, and in the next.  Sometimes we appreciate His love sooner, and recognize, like Joseph, that we were being prepared for a moment of greatness.  And sometimes we are not given the opportunity to comprehend His ways, during our mortal lifetimes on Earth. The challenge is to maintain our faith in His love, despite all the suffering we endure.   When we do that, we become better, stronger human beings and spiritual beings.

Heaven is not a single destination.  There are infinite levels of Heaven. True, after 120, you’re heading back up to Heaven.  But hopefully you’re ascending to a much better, more elevated place than you began.  The more challenges we are able to endure during our lifetimes here on Earth – never ceasing to believe that Hashem is in control and loves us – the higher the level of Heaven we’ll gain entry to.

It’s really difficult to maintain your faith when pain and suffering come your way.  Whether it’s health issues, financial difficulties, or relationship woes, sometimes life’s travails are just too much to bear.  When life’s not treating you right, you wonder where G-d has disappeared to.  Has he forgotten you?  You don’t deserve these problems! You didn't do anything wrong!

Always remind yourself that Hashem never forgets His children.  He hasn't forgotten you.  He's not punishing you.  As impossible a pill as it may be to swallow, trusting Hashem means believing the hardships are because He loves you so much.  It's precisely because you did nothing wrong that this is happening to you.  Any time he sends problems your way, it’s in order to strengthen your soul-power.  When you maintain your faith in Heaven through all the challenges, your character matures and your soul is elevated.

It’s not easy.  Some people’s challenges are much greater than others’.  Even the great Rabbi Chiya couldn’t bear his afflictions.  He didn’t want to be ill any longer.  He just wanted to get better.  Sometimes we can bear it, other times we pray desperately that G-d give us a break.  But the main thing to remember always is that, for better or worse, everything that happens to us comes from G-d.

Nobody goes looking for a life of suffering.  But when challenges do appear, know that the Almighty has chosen you for strength and power.  No human being is able to withstand every challenge of life.  But our Father in Heaven has place His hand on your shoulder and promised to walk with you through the storm.  May you maintain your faith in Heaven and grow ever stronger and more powerful!
Posted by Rabbi Daniel Friedman at 1:08 PM