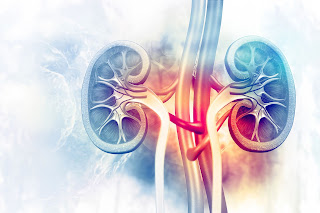 The news came out of the blue.  Rachel, a dear member of the community, urgently needed a kidney transplant.  One day she was out for a jog when she started feeling pain in her abdomen.  The next thing she knew she was in the Emergency Room being told by the doctors she was suffering from kidney failure.  Rachel was young with a husband and three little kids and the thought of spending the rest of her life on dialysis if she didn’t find a donor in time was terrifying.

We asked around and a few family members and close friends were quick to raise their hands to offer to donate their kidneys to Rachel.  One young man in the community, Sammy, heard about Rachel’s plight and he too offered to donate.  Alas, one by one, the potential donors were crossed off the list as it became clear that they were not matches for Rachel.

Finally, it was down to two: Sammy and a cousin of Rachel’s.  They each went through months of tests, getting closer and closer to becoming eligible to donate.  And then one day, Sammy received a call asking him to come back in to repeat a test.  He wasted no time in doing his duty and eagerly awaited the results.  Unfortunately, however, the results weren’t conclusive.
“While you are a healthy enough young man, we can’t recommend the removal of one of your kidneys.  You may need them both in the future,” said the voice on the other end of the line.

While Rachel’s cousin did indeed end up being a match, Sammy was devastated.  It wasn’t about his own health that he was concerned, but about his inability to perform this life-saving mitzvah.
“Rabbi, I gave it my all,” he poured out his heart to me, “I so, so wanted to fulfil the mitzvah of saving a life!  And what do I say next time, when they ask for a donor?  That I’m not healthy enough to donate?”
“My dear, Shmuel,” I responded, “you did donate your kidney.  When they ask the next time around, you’ll tell them that you’ve already donated.”
“Pardon?” replied Sammy, looking a little confused, “What do you mean, Rabbi?”

Malachi [3:16] declared, “Then those who feared Hashem spoke to one another, and Hashem listened and heard, and a book of remembrance was written before Him for those who fear Hashem and for those who think of His Name.”
What is the meaning of “those who think of His Name”?  Rav Ashi taught: If one merely thought about doing a mitzvah, but was ineluctably prevented from its performance, the Torah considers it as if he had actually done the deed!

How often do we fail to take the plunge to do something positive for fear that we will be unable to complete the task?  I’d really like to try Daf Yomi, but I’m not sure I could keep up the daily commitment.  I’d really like to join the chesed committee but I don’t know if I’ll be available every month to help out with the initiatives.  I’d like to volunteer on the school PTA, but I might get busy at work.  And so we don’t even start.

Rav Ashi teaches that, first and foremost, it’s about your intent.  If you will it, you are automatically rewarded.  Just get up and go!  If it so happens that circumstances work against your intentions, you still get to keep the reward!  Why is that difficult for many people to grasp?  Because in the physical, material world of Earth, we get rewarded for our achievements.  And so, if you don’t complete the task, it was all for naught.  In contrast, in the spiritual realm, we get rewarded for our efforts!  As long as you mean well and do your best, you get the mitzvah points!

Since Sammy had every intention to donate his kidney, Heaven considers it as if he had indeed completed the mitzvah!  At the end of the day, the Almighty had a different messenger – in this case, Rachel’s cousin – to actually carry out the mitzvah.  Nevertheless, in no way does that diminish Sammy’s mitzvah.  He set out to donate his kidney, he was unable to complete the mitzvah through no fault of his own; and so, as far as Heaven is concerned, he has donated his kidney!  And that’s why next time they ask, he can respond that he’s already fulfilled that mitzvah!

Always remember Rav Ashi’s principle: In order to receive spiritual reward, all you need is intent and effort.  After that, whatever obstacles stand in your way are irrelevant.  You’ve accomplished what you needed to accomplish.

Unfortunately, the saddest time I have to teach this principle is when talking to a family with an ill loved one who appears to be unresponsive.  Why intervene to keep them alive?  Even if they were to recover, what kind of life could they expect?  And so, sometimes the family believes that – as painful a decision as it is – the kindest thing for the patient is to let them go.

G-d forbid! They might be physically unresponsive, but as long as there’s brain activity, we have no idea what’s going on in their mind.  Maybe they’re wishing they could put on tefillin, or light Shabbat candles, or give tzedakah, or even lend a helping hand to a friend who needs their driveway shoveled!  Those thoughts alone suffice for them to be considered as if they’d performed the mitzvah.  Since they are physically restrained from fulfilling the mitzvos they want to do, they still get the entire spiritual reward!  And that’s why every moment on this Earth is priceless and contains unlimited potential, no matter one’s physical state.

Stop worrying that you won’t finish the job before you’ve even started.  As Rabbi Tarfon teaches in Pirkei Avot, “It is not incumbent upon you to complete the task.  Nonetheless, that does not mean you are free to neglect it.”  May you set out with the finest intentions and best efforts and may Heaven show you the path to the fulfilment of your incredible potential!
Posted by Rabbi Daniel Friedman at 6:06 AM