Could you have done more for your loved one? 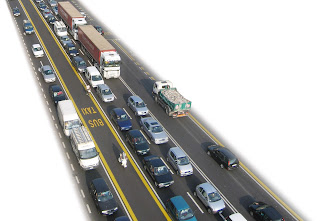 The sons of Yaakov are in a state of total despair.  They’ve journeyed down to Egypt in search of food during the regional famine.  But what should have been a simple business trip and transaction has turned into their worst nightmare.  First, they are accused of being spies.  Next, their brother Shimon is incarcerated and held as security to guarantee their return.  When they finally believe they’ve made it out of the country safe and sound, their baby brother, Benjamin, is found with the viceroy’s silver goblet in his bag, planted there to falsely convict him.
“Why is this happening?” they ask each other. “We are paying for the guilt of seeing our brother, Yosef, in distress!  He begged us for compassion, and we did not listen. That is why this trouble has befallen us.”

While the deceased is laid out before them, those involved in a funeral must slip away one by one to recite the Shema. If the deceased is not laid out before them, they sit and recite while the mourner sits silently. They stand and pray and he stands and accepts God’s judgment, saying: Master of the Universe, I have sinned greatly against You, and You have not exacted even one-thousandth of retribution. May it be Your will, Hashem our God, that You mercifully repair our brokenness and the brokenness of all Your nation, the House of Israel.
Abaye said: A person should not make such utterances, for Rabbi Shimon ben Lakish said, and it was also taught in the name of Rabbi Yossi: One must never give a voice to the Satan.

When tragedy strikes, it’s only human to start blaming ourselves.  Maybe she died because I wasn’t vigilant enough in insisting the hospital take better care of her?  Perhaps I could have visited more often, perhaps he felt neglected by the family?  Was she on top of her medicines or should I have paid closer attention to what she was or wasn’t taking?

And that’s before we’ve even begun to discuss the spiritual guilt the Gemara is talking about.  Maybe if I’d been a little more careful in my observance of the kosher laws, G-d wouldn’t have taken my loved one?   Was I sufficiently attentive to my prayers?  Perhaps I could have recited more Tehillim (Psalms)?

Says Abaye: Stop criticizing yourself for something you had no control over.  The Lord giveth, the Lord taketh; you cannot control the Divine plan.  And of course we’re not only talking about matters of life and death; the same is true of most happenings in life – they’re beyond your realm of influence.  Big issues and little issues alike.  You’re not responsible for the stock market’s poor performance.  You can’t control the morning rush hour traffic.  And you didn’t create the grey clouds that rained out your Caribbean vacation.

There’s no point getting upset about things that are beyond your control.  It’s not about whether or not you “deserved” it – Hashem is running the show.  By obsessing over your personal inadequacies, all you’re going to do is head downwards into a spiral of melancholy, or worse, G-d forbid, depression.  That’s exactly what the Satan wants.  He knows that the more depressed you feel, the less you will accomplish.

In fact, this exercise in self-criticism has been orchestrated by the Satan.  He wants you to feel bad, because the worse you feel, the worse you will feel.  Then you start feeling sorry for yourself about how awful you feel.  Until you have no energy left to achieve anything positive and valuable!

It’s not easy to take a step back and accept the Divine decree.  Most of life is beyond your control.  The only thing you can control is how you react to bad things that happen in life.  May you stay positive and optimistic and always turn to Hashem and ask Him to carry you through the storms of life!
Posted by Rabbi Daniel Friedman at 2:08 PM