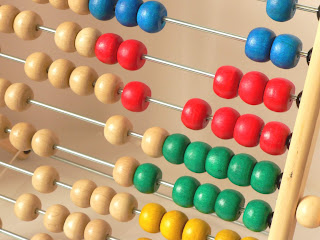 In a small town in the Galilee, ten devout individuals would gather daily to pray in their small synagogue.  Each fellow knew that the minyan depended on him.  If he would fail to appear, there would be no kaddish, no kedushah, and no Torah reading.  One day, nine of them arrived in shul and waited and waited.  They tried contacting their friend, but were unsuccessful.

“Don’t worry,” said the gabbai (warden), “I’ll go out and find a tenth man.”  Minutes later he’d returned with the tenth and the service proceeded.  At the end of the service, he walked the visitor out and came back with a bill for 135 shekels.  “It wasn’t hard to convince that fellow,” the warden admitted, “I simply called a cab and told him to run the meter.  Would each of you now pay me your 15 shekel share in the mitzvah?”

As you can imagine, the members of the minyan in that Galilee synagogue were not enthused by the warden’s stunt.  Upon posing the question of payment obligation to Rabbi Yitzchok Zilberstein, he ruled that they were not obligated to recompense him.  Nor was the warden required to foot the bill either.  The duty to pay was incumbent upon the fellow who slept in and let his friends down!  The only scenario that would have necessitated their payment would have been an emergency that had impeded their friend’s attendance.  If he’d suddenly been rushed to hospital, for example, he would not have incurred the payment obligation.  In such a case, they would all have had to pitch in and cover the costs.

Rabbi Zilberstein based this ruling on a halacha (law) that states that members of a town can exact payment from each member to contribute towards the building of a synagogue.  If building a synagogue allows for a certain amount of coerced payment obligation, then certainly the maintenance of a local minyan – a prerequisite to the synagogue service – would allow for an element of financial coercion.

The Maharsha explains the Gemara’s connection between the two clauses of the verse in Kohelet (Ecclesiastes).  The first clause refers to the recitation of the Shema.  He infers that the second clause is about the recitation of the Shemoneh Esreh (thrice-daily prayer service) and the duty to pray with a minyan.  Whilst praying alone is okay, it is not ideal.  If your friends were prepared to be counted for the minyan, where were you?

The same goes for other communal activities.  The concept of minyan is a powerful reminder for everything we do.  An important aspect of being part of the community is the humility to acknowledge that ‘no man is an island.’  The success of a community depends on each of us joining in with the projects and initiatives of other community members.  If every person was only willing to participate in and contribute to projects that they initiated, the community would fail to launch to the next level.  Community membership means community involvement.  It means being counted amongst the participants in as many of the community activities as possible, regardless of who is driving the programme.

Successful communities are made up of a multitude of humble personalities.  We need personalities to drive community success.  At the same time, however, we need humility to recognize the importance of supporting and joining the initiatives of every personality in the community.  May you merit the humility to be a community builder!
Posted by Rabbi Daniel Friedman at 7:36 AM