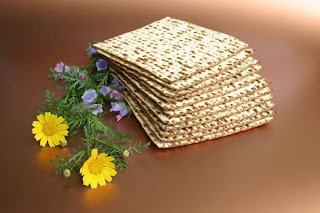 Rabbi Chiya and Rabbi Yonasan were passing through a cemetery.  Rabbi Yonasan’s tzitzis strings were dragging.  Rabbi Chiya said to him, “Pick them up, so the deceased will not say, ‘Tomorrow, they’ll be joining us, and now they’re mocking us.’”

It was taught: A person should not traverse a cemetery wearing tefillin or bearing a Torah scroll and reading.  Doing so, he transgresses the dictum (Prov.17:5), “Mocking a pauper blasphemes his Creator.”

What is the basic meaning of this Proverb?  Every human being in this world was created in the image of God.  Disparaging any person on account of their seemingly inferior level of material accomplishment, wisdom, academic achievement, or any other matter of status is a disparagement of the Almighty.  The mere fact that they are a reflection of the Divine places them on a far superior level to all other creatures.  The minor details of who has a dollar or two more in their bank account is meaningless.  To use that as a yardstick of who is more or less worthy is to misunderstand who this individual is – a child of Hashem!  Would you dare mock a prince or princess?

The Gemara takes this idea two steps further.  Firstly, not only are we concerned for people’s honour during their lifetimes on Earth, but even after they’ve passed on, we’re still worried about hurting their feelings!  One mustn’t say or do anything that would imply that you’re better than them.  That would make them feel bad.  Although things work differently in the World of Truth where the deceased find themselves, Rabbi Chiya frames this idea in human terms to make it more relatable.  He wants us to envision a society of souls that we will eventually enter. If we’ve disparaged them previously, they won’t be our friends when we get there!  Nobody wants to be excluded socially, especially in the Eternal World!

Secondly, not only can words be disparaging, but even our unconscious actions.  What did Rabbi Yonasan do to mock the dead?  Nothing.  He was simply untucked.  And Rabbi Chiya chastised him for unwittingly showing off his fulfilment of the mitzvah of tzitzis.  Now, that’s okay outside the cemetery – after all, if anyone sees you wearing tzitzis, they might be inspired to follow suit.  But in the cemetery, it is audacious to make a spectacle of your mitzvah performance.  Because the deceased won’t be able to follow your positive lead.  They’ve passed on and are unable to perform mitzvos.  In other words, they’re powerless in the face of your righteousness.  All your outward presentation of piety achieves is to make them feel helpless and sad.  You didn’t do anything to offend, but you should have been more careful even in your presentation.

And if that’s true of our concern for the dead, how much more so must it be true of our awareness and sensitivity towards the living.  It’s not only about what you say to others that might make them feel bad, but you also need to be wary of how you are acting – flaunting certain behaviours – that might make people feel uncomfortable, because they have not been blessed with the same blessings you have.

Some people can't help but talk about the accomplishments of their children in the presence of others who have not been blessed with kids.  Or they over-post on social media, without thinking about how it might make others feel.  Some complain about the need to spend Pesach with their parents, without thinking about the people would do anything to see their parents once again.  And on the other side of the table, some don't stop talking about the amazing Pesach programme they attended – an experience that may be way out of reach of their listeners.

Often in life, actions speak louder than words.  Be careful that whatever you say or do is not causing agony or hurt to anyone.  It’s all about sensitivity.  May you accomplish amazing things in life and make our Father in Heaven proud of your material, academic, and spiritual achievements, without offending anyone else in the process!
Posted by Rabbi Daniel Friedman at 12:33 PM