Are you Human or are you Divine? 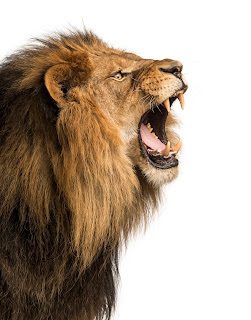 The Prophet Elisha would stay at a certain home every time he would pass through Shunam.  The couple who hosted him had a special room with his name on it in their attic and he would spend much time in his ‘second home’ praying, learning Torah and in deep spiritual contemplation.  He was most grateful to his hosts and one day turned to them and asked them to request whatever blessing they were seeking.  As a holy man, he would turn to Heaven and intercede on their behalf.

“We are good members of the community and feel very blessed” replied the couple.
“Nevertheless, you are childless,” responded the prophet, “let me bless you with a child.”
“Please do not taunt us,” said the Shunamite couple, “we are too old!”
“A baby shall you have!” declared the prophet.

And indeed, the Shunamite woman conceived shortly thereafter.  The baby was born and the couple loved their child like only a couple who had been blessed with a child after decades of trying could.  But, alas, it was not meant to be, and after a few years, the little boy suddenly died.

One can only imagine how distraught the mother should have been.  And angry at the prophet and G-d for giving her false hope!  And yet, despite the reactions of most to such a devastating situation, the woman remained calm, placed the covers over the boy, and put her coat on.

“Where are you going?” asked her husband as she opened the front-door.
“Just off to pay a visit to the prophet,” she replied, almost nonchalantly, “I’ll be right back!”
“But it’s not Rosh Chodesh or Shabbat,” responded the husband, a little confused.
And completely at peace, with unquestioning faith that Heaven would not forsake her, she replied, “Shalom.”

Sure enough, she arrived at Elisha’s doorstep and immediately upon hearing of the boy’s plight, he hurried back to Shunam.  He held the boy close and breathed the breath of life back into him, miraculously granting him a second lease on life.

That is the power of faith.

The night consists of three watches.  At each watch, the Holy One blessed be He sits and roars like a lion (over the destruction of the Temple and the exile of the Jewish people).  The symbols of each watch are: the first watch is like a donkey moving about, the second is like barking dogs, the third represents a nursing baby and a wife talking to her husband.

The Maharsha (Rabbi Shmuel Eidels) explains that these three stages of the night correspond to the three levels of the soul found inside each and every one of us, called nefesh, ruach, and neshama.  Your nefesh is what animates you, transforming you from a lifeless body into an active creature.  That activity, however, is nothing more than the natural reactions of your bodily instincts.  Just like a donkey acts instinctively, so does your nefesh.

The second level of the soul is the ruach, which is what makes you human.  Animals don’t have emotions, they don’t visibly express traits such as love and kindness.  Some animals, however, clearly do profess emotive reactions.  Dogs are called ‘man’s best friend’ for a reason!  They are able to provide more than mere companionship – dogs will demonstrate love and other emotions.  That’s why the ruach level of soul is symbolized by the barking of a dog.  It’s that part of you that makes you more than just an instinctively reacting mammal.

And finally, we have the third stage, corresponding to the neshama.  Your neshama is your ability to think, to discern right from wrong, and to rise above your physical body and become a spiritual being!  The Gemara offers two descriptions for the neshama stage: a nursing baby and a communicating couple.  The Maharsha explains that these two ideas symbolize Torah study and prayer.  When we learn Torah, we are nurtured by the milk of our Heavenly Parent.  And when we pray, we are offered the opportunity to talk to Him face to face.  That’s powerful, and that’s the power of your neshama!

These three phases of the soul, says the Gemara, correspond to different stages of the night.  Just as the soul passes through each daily night, it likewise carries us through the night-times of our lives.  As we pass through life, we often face dark times.  Finances that don’t add up – with each passing month, you’re getting deeper and deeper into debt.  Medical issues that suddenly strike – just when things were falling into place, you’re hit with health complications.  How do we respond when things don’t go according to plan?

Our natural reaction comes from the nefesh.  We get upset.  We get angry.  We lash out at those around us.  We lash out at Heaven.  But when we react like that, our behaviour is no better than that of a donkey.  When donkeys don’t like what’s going around them, they kick.  They begin to bray uncontrollably.  Yes, your nefesh is important; but there’s so much more to you!

Let us continue up the ladder of the soul.  The more refined, human response to life’s challenges is to respond with mature emotions.  Love, empathy, feeling.  Most of the time when you’re suffering in life, you’re not the only one.  Nefesh-centred individuals are fixated on themselves.  Ruach-embracing people, in contrast, are self-aware and equally aware of what’s going on around them.  They feel and demonstrate empathy towards the challenges other people are facing.  It’s that ability that makes you human!

But you’re more than just human.  You’re a spiritual being.  You have the power of the neshama.  Your neshama provides you with the opportunity to connect with the ultimate Source of life.  And there are two ways to do that.  Either by nursing from the fountain of life – the Torah.  Or by communicating directly with our Spouse, the Almighty.  When you derive your nourishment and strength from Heaven, you can face any challenge in life!

When you place yourself in the hands of our Father in Heaven, you flow through life, knowing that Hashem knows exactly what He’s doing.  We may not appreciate or understand His ways, but we know that He is completely in control of the situation and that He loves you more than anything and wants only the best for you.  And when you live with such faith, you become a testament and example to all those around you; in time, they too become inspired to live a life of faith and trust in the One above!

We might appear to be just another member of the Earth’s wonderful animal kingdom, but there’s more to us than meets the eye!  What’s more, you’re not just a human being with the ability to think and express feelings.  You’re a spiritual being, created with the superhuman ability to rise above the physical constraints of this world!  May you always rise above the vicissitudes of life and maintain your faith in Heaven!
Posted by Rabbi Daniel Friedman at 7:16 AM